Christine Spieth’s son etched himself into Masters lore with a dominant, wire-to-wire victory back in April.

Jordan Spieth is quite possibly the “next big thing” in golf and mom Chris and her husband Shawn have been in his corner since Day 1.

The mother of three is very supportive of all her children and even passed along some serious athletic ability.

Here’s what you need to know about Chris Spieth:

By now the casual golf fan knows who Jordan Spieth is. Jordan won the Masters in April, catapulting him to No. 2 in the world rankings.

At just 21, Jordan has made over $6 million so far on the PGA Tour, which ranks first. He’s also No. 1 in FedEx Cup points. It’s safe to say he’s not a flash in the pan.

2. Chris & Husband Shawn Have 2 Other Children

There are 3 Spieth children. We’ve met Jordan, the oldest. There is also Steven and Ellie.

Steven will be a junior at Brown, where he plays basketball. The 6-foot-6 averaged nearly 10 points a game as a sophomore.

Ellie, 14, was born with a neurological disorder on the autism spectrum. The serious developmental disorder that impairs the ability to communicate and interact. Jordan has nothing but praise for his sister, calling her the funniest member of the family and considering her his “hero.”

Editors note: Interested in making $1 million playing fantasy golf? Of course you are. And thanks to Heavy’s partners at DraftKings, you can. With the $2.5 Millionaire Maker fantasy contest, you can turn your $20 into $1 million with golf’s second major of the season. Pick 6 golfers with your $50,000 salary cap; the better your players do on the course, the better your fantasy team does. The contest begins Thursday, June 18, at 10 a.m. Eastern. Sign up with DraftKings today for your chance to win some major money playing fantasy golf.

3. Chris & Shawn Went to High School Together In Pennsylvania

Shawn Spieth and the former Chris Julius are Pennsylvania natives.

Both were raised in the Lehigh Valley and graduated from Saucon Valley High School.

The family gets back to the area occasionally for family get-togethers.

The couple moved to the Dallas area after college.

4. She Played Basketball at Moravian College

The Spieth boys got their athleticism from somewhere. They can thank mom and dad for that.

Chris was a basketball player at Moravian College in Bethlehem, Pennsylvania.

After college, she was a computer engineer and worked at Neiman Marcus.

5. Chris’ Father-In-Law Is a Professor at Her Alma Mater 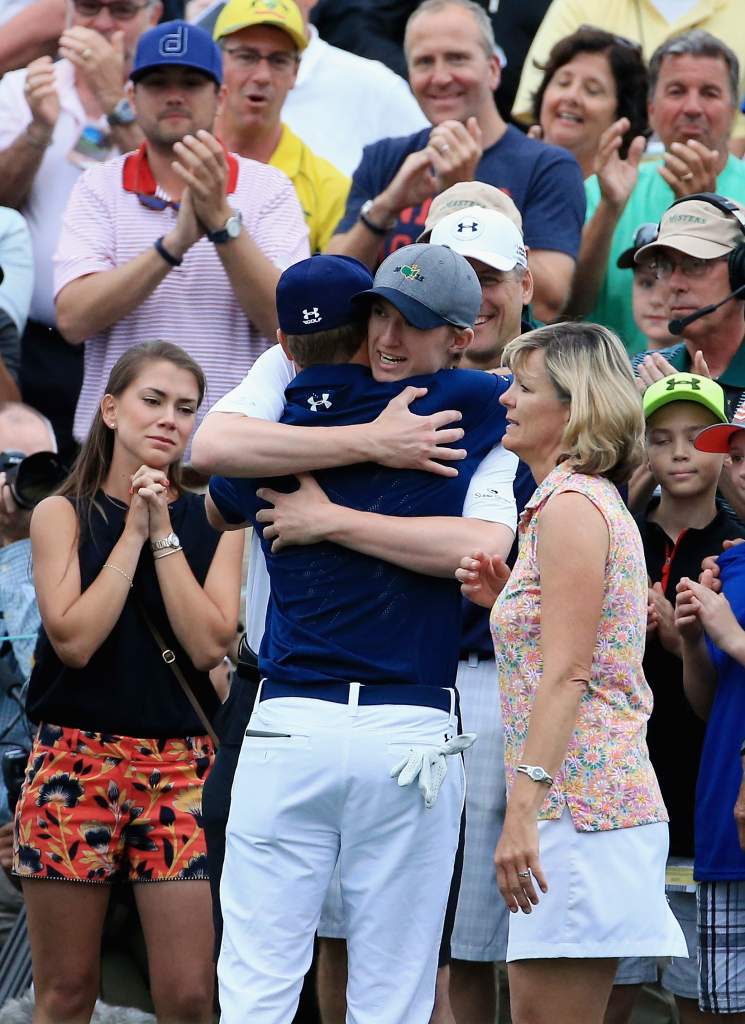 The Bethlehem native teaches music at Moravian College and Northampton Community College. He was also the conductor of the Lehigh Valley Chamber Orchestra.

The 72-year-old is a golfer himself, getting out to the course a few times a week.

He’s surrounded with parents who are very concerned and caring about how he is feeling. He has an agent who’s very good and a coach and a trainer. When he goes out there, he feels he’s got a good chance to win. You do that week in and week out, and you’re going to have some good times.