As a professional golfer since 1998 with over two dozen professional victories, Zach Johnson is one of the all-time money leaders in PGA Tour history.

And now with his second major under his belt, the bank account is going to get a little fatter.

Johnson outlasted Louis Oosthuizen and Marc Leishman in a playoff to win the 2015 British Open.

Here’s what you need to know about Johnson’s net worth:

1. Some Websites Estimate His Net Worth at $25 Million

The only thing better than Zach Johnson's birdie putt on 18… was his caddie's dance. http://t.co/YmSR5Wf0AH

While it’s nearly impossible to know how much Johnson is worth, some websites estimate it at $25 million.

That number is likely pretty accurate considering how much he has made on the PGA Tour and his numerous endorsement deals. 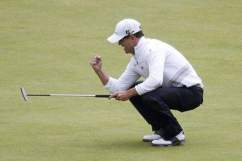 It looks like @ZachJohnsonPGA has recovered from last week's scare! pic.twitter.com/jLmvXpbyEY

With over $37 million made in prize money since turning pro, Johnson ranks 11th on the all-time list, just behind Adam Scott. 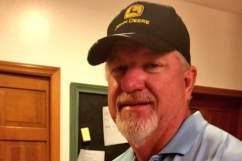 3. Some of His Sponsors Include Titleist, Oakleys & EA Sports

Johnson also pulls in a pretty penny from his endorsements.

He uses Titleist clubs and can often be seen on the course sporting Oakley sunglasses.

Other sponsors include FootJoy, NetJets, BMW and EA Sports.

And now with an Open Championship under his belt, more sponsors will come knocking for his services.

4. Johnson Has a Home in St. Simons Island

Another huge par save keeps Zach Johnson one back with one to play. #QuickHits http://t.co/Ykpvgq3SwC

Like many of his peers on the PGA Tour, Zach has a home in a golf community.

Johnson’s is on St. Simons Island in Georgia.

He can basically play golf all-year round there. 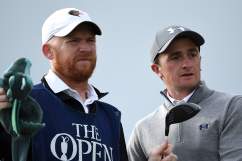 5. He Won $1.8 Million For Winning the British Open

As each year comes, the prize money in majors just gets richer and richer.

He also gets the prestigious Claret Jug for winning the Open.

Read More
5 Fast Facts, Golf, PGA Tour
Golfer Zach Johnson has been around for since 1998 and has racked up over 2 dozen professional wins. That will certainly fatten your bank account.