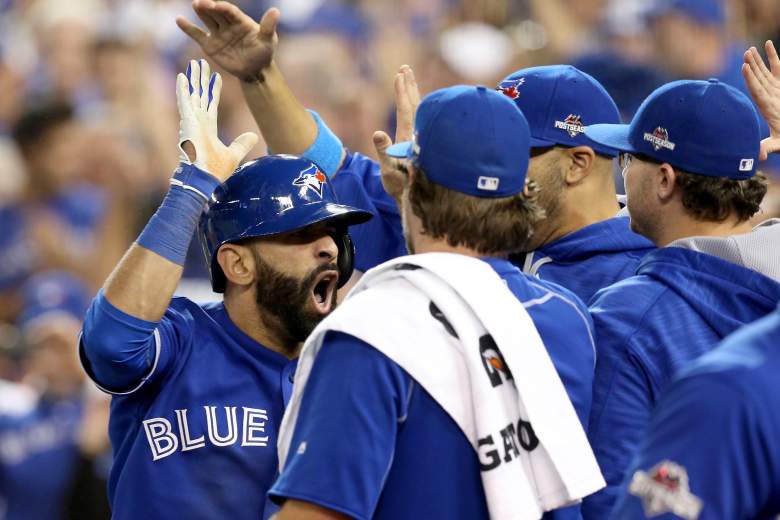 Jose Bautista’s three-run home run in the bottom of the seventh helped spark the Toronto Blue Jays victory in Game 5 of the ALDS. (Getty)

It was everything you could possibly want in a postseason baseball game.

Unexpected plays, benches-clearing arguments (twice), rowdy fans and, quite possibly, the best bat flip to ever flip. The Toronto Blue Jays kept their playoff dreams alive on Wednesday, taking a 6-3 victory over the Texas Rangers at home and, as you’d expect, the post-game celebration was pretty epic. Look at this:

They did it. The @BlueJays are off to the #ALCS. @CityNews #ComeTogether pic.twitter.com/cmv7e7xHOp

Jose Bautista gave his squad the lead in the bottom of the seventh inning with a three-run blast that may actually still be flying over the city of Toronto somewhere. Then he flipped his bat and kids around the world found a brand-new moment to emulate at the plate.

It’s just the third time in the history of the ALDS that a team has lost the first two games at home and come back to win the entire thing. It’s also the first time the Blue Jays have made it to the ALCS since 1993.

The @BlueJays are on the way to the #ALCS! #ComeTogether pic.twitter.com/oRnA1FLY7C

You can relive all the best (and most insane) moments and highlights from Game 5 of the ALDS right here. Now get on out there and practice your own Bautista-style bat flip. 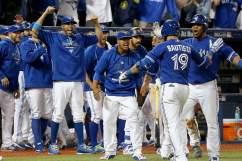 The Blue Jays advance to the ALCS taking on the winner of the Houston Astros/Kansas City Royals series. That matchup gets underway with Game 1 on Friday October 16. 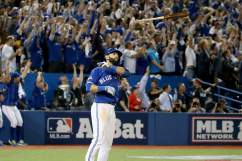