No words. This says it all. @bisping pic.twitter.com/2wBph8B5sP

All three judges’ scorecards read 48-47, but that doesn’t quite tell the whole story, as Bisping and Silva clashed for five wild rounds of dramatic, controversial action in the main event. You can watch the highlights from the fight here.

Dana White says he scored the fight 3-2 for Silva on the post show.

Still, it was quite a moment for Bisping, in front of his home country, to defeat one of the greatest MMA fighters of all-time in what was a bloody war.

Conversely, while it’s a disappointing result for Silva, the 40-year-old legend clearly has plenty left in the tank. He’ll just be left wondering if he could have done more.

It’s not a pay-per-view event, but it sure feels like it. Part of that is due to the fact it’s happening in London at the O2 Arena. Part of it’s also due to the clout of the fighters in the main event.

Anderson Silva thoroughly dominated the middleweight division for the better part of seven years, and now the 40-year-old legend is ready for another shot at the belt. Bisping, the England native, has had a long and successful UFC career but is still looking to prove he belongs in the conversation atop the division.

To make matters more compelling, there’s no love lost between these two.

“In my mind, the guy is a deplorable human being,” Bisping said about Silva. “This is a contact sport, it’s a vicious sport, and to take steroids is a cowardly act – borderline criminal as well. The guy has no business calling himself a martial artist and he should be ashamed of himself.”

Can Bisping keep up his undefeated record in England and get a win over the former World Champion? Or will “The Spider” prove that he is as strong and as dangerous as he was before his gruesome leg injury?

Either way, it’s one of the biggest non-PPV fights you’ll see. Buckle up. 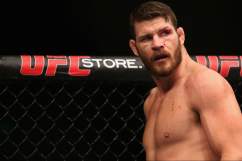 UFC Fight Pass: How to Watch Silva vs. Bisping 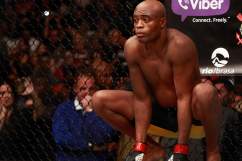 What Time & Channel Is the Silva vs. Bisping Fight on Today? 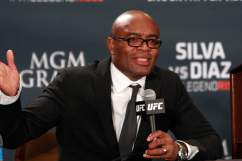