It has been a series of first for Gonzaga. From its first Final Four to its appearance in the 2017 national title game with a chance to win the school’s first championship. Compared to some of the other high profile college basketball programs, Gonzaga does not have as long of a basketball history causing many to want to learn more about the school.

While the Bulldogs may have burst onto the basketball scene over the last 20 years, the university’s history goes back to 1881 when it was founded by Father Joseph Cataldo. It was originally founded for young men looking to become priests. Today it offers undergraduates 43 different majors and graduate students 26 master’s degrees to choose from.

1. Gonzaga Is Located in Spokane, Washington

Spokane is not exactly a traditional recruiting hotbed but Mark Few has turned the Gonzaga program into perennial contenders. Few has had offers to leave Gonzaga for bigger programs, but loves the outdoor life Spokane offers.

“This is my mecca. For me, this is what it’s all about. All those people who wonder why I never leave…if they could see this, they’d understand,” Few explained to Bleacher Report.

Gonzaga describes it’s scenic campus on the school’s website: “Gonzaga’s grass-covered 131-acre campus has 105 buildings scattered on the north bank of the beautiful Spokane River and is only a short walk to the downtown Spokane area. Below you can explore many of the wonderful opportunities that the Spokane area offers our community, students, and visitors.” 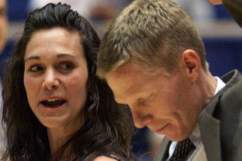 Mark Few: Meet the Gonzaga Coach Who Transformed the Zags

2. The University Was Named After Saint Aloysius Gonzaga

Cataldo named the school after St. Aloysius Gonzaga. The Italian and Jesuit saint is known for his work with victims of the plague. St. Aloysius was set to have a wealthy inheritance but decided to join a religious order known as The Society of Jesus. He died at the age of 23 after contracting the disease through his work with people who had the plague.

There is a church next to the school known as St. Aloysius. The church has a statue of the saint carrying someone in his arms. Gonzaga notes it is the only Jesuit university in the world named after St. Aloysius. 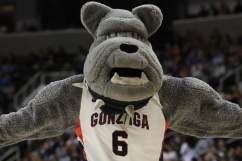 3. The School Ranks in the Top 10 for Best Roman Catholic Colleges & Universities

The school is no longer just for men looking to become priest, but the faith that founded the school remains at the core of Gonzaga. USA Today named Gonzaga as one of the 10 best Roman Catholic colleges and universities. The publication explained why Gonzaga made their rankings.

Gonzaga University is a private, four-year school that is dedicated to providing an education rooted in Jesuit and Catholic values. The University Ministry helps to support this mission by offering mass, daily readings and other religious services that encourage and strengthen students’ faith.

Gonzaga offers numerous academic programs with a strong liberal arts focus. Students take classes in the humanities and sciences to help provide them with a dynamic education. Gonzaga is considered one of the best values for your money because it offers an exceptional education at an affordable price. It has high freshman retention and graduation rates and provides good earnings boost for its graduates. 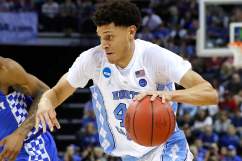 Gonzaga athletics is part of the West Coast Conference. The school has competitive teams in the following sports: volleyball, soccer, cross-country, basketball, baseball, rowing, tennis, golf and track. While the school does not have a football team, it does have quite the history with the sport.

On Thanksgiving Day 1892, football was played on the Gonzaga campus for the first time. The school competed in football until 1942 when World War II caused there to not be enough students to field a team. 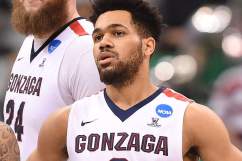 5. The School Has a 66.5 Percent Acceptance Rate

According to Gonzaga, the university has a 66.5 percent acceptance rate over the last five years. The average GPA of incoming students is 3.73. Students interested in applying to Gonzaga can read all the details about the school’s requirements and deadlines on the Gonzaga admissions site. You can apply online using the Common Application by listing Gonzaga as one of your schools.

While Gonzaga is a Catholic university, students of all faiths are welcome. The school estimates 50 percent of students are Catholic but it is not a requirement to attend.

“The University also sponsors an Islamic prayer center [in addition to daily mass], a weekly non-denominational worship service, and also has a Tibetan monk and Jewish Rabbi on its faculty. Our University Ministry staff includes a Protestant Minister as well,” Gonzaga notes on their FAQ page. 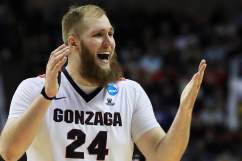