Getty Jon Rahm and his girlfriend, Kelly Cahill, are both extremely competitive.

Cahill has gained some extra attention thanks to her Instagram page, which is filled with photos of her with Rahm on trips. Rahm was born in Barrika, Spain and turned pro in 2016. According to his PGA profile, he earned a degree in Communications from ASU. He’s currently the 12th ranked player in the world. He’s trying to become the first golfer since Fuzz Zoeller in 1979 to win his first appearance at Augusta, Golf Digest notes.

Here’s what you need to know about the 23-year-old Cahill.

1. They Both Attended Arizona State University

Thank you @netjets for the safe ride back to Arizona! #netjets #scottsdale #AZ

Rahm and Cahill both attended Arizona State University. Her ASU profile notes that Cahill’s hometown is Portland, Oregon. She’s more specific on her Facebook page, listing Lake Oswego as her hometown. Lake Oswego is a city just south of Portland.

While at ASU, Rahm became the No. 1 ranked Men’s amateur golfer in the world, notes Golf Digest. Rahm won 11 college tournaments and became the first ever two-time winner of the Ben Hogan Award, which was created in 1990 and honors all college levels of golf.

“To be the first guy to repeat makes it a magical night,” Rahm said after winning in 2016. “Just to know there has never been a two-time winner and for it to turn out to be someone like me, from a small town in Spain, to be the first one to do such a thing is definitely very important and very special.”

2. She Was a Two-Star Tennis Recruit After High School

GettyJon Rahm and his girlfriend, Kelley Cahill, pose with the trophy after he won the Open de Espana.

Cahill is clearly a multi-talented athlete. Tennis Recruiting Network listed Cahill as a two-star tennis recruit after playing at Chaparral High School in Scottsdale, Arizona. She was a senior in 2012.

Cahill posted an overall record of 3-6 in her high school tennis career.

Cahill’s Instagram page is full of photos of her enjoying life with friends and family. Several photos feature Rahm, who she refers to as her “love.” In December 2016, she posted a photo of the two enjoying dinner on their anniversary.

“The most magical anniversary I could of imagined. I love you babe and am so thankful for everything you do, this is just the beginning of a wonderful life together,” she wrote in the caption.

4. She Tried Out for the ASU Track & Field Team

Cahill still works out at the gym, recently posting a video of herself boxing.

5. She Frequently Travels With Rahm to Tournaments

Rahm and Cahill are frequently seen together at tournaments. He also posts photos on Instagram of the two together. The most recent photo Cahill posted was of the two at the Austin Country club, where Rahm narrowly lost to Dustin Johnson in the WGC-Dell Technologies Match Play.

“So proud of this man and everything he stands for, his fight and heart is an inspiration to me everyday,” Cahill wrote last week.

“2016 came to and end. A great year were I got my degree and jumped I to my professional career. A lot of memories were made this year but the most important one was starting a relationship with @cahillkelley I am so greatful to have you in my life,” Rahm wrote. “This year has been amazing because of you and I can’t imagine a better life with anyone else. So glad you could make it to Spain to spend New Years with me. I love you so much my princess!” 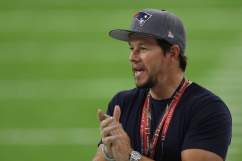