Alexandra Cooper was spotted with New York Mets ace Noah Syndergaard at the New York Knicks game on April 4, the day after he got a win on Opening Day.

At 22 years old, Cooper is two years younger than Syndergaard. She’s currently a student at Boston University and an athlete herself. She played on the BU women’s soccer team. You can follow her on Twitter and Instagram.

Here’s what you need to know about Cooper.

According to the New York Post, Syndergaard and Cooper were first seen publicly together at the Knicks’ April 4 game against the Chicago Bulls. The two sat courtside and where seen enjoying “some PDA,” as the Post put it.

Syndergaard’s Twitter followers already saw Cooper on his feed there. On April 3, he posted a photo of Opening Day dinner with his friends and family. Cooper can be seen on the left side of the table.

2. She Played Soccer at Boston University

when bae is being a little too social in the stands ?

Cooper, who is currently a senior at Boston University, played soccer at the university and in high school. According to her BU profile, she played during her freshman, sophomore and junior years.

During her junior year in 2015, she played in 21 games, starting in six and scored a goal. During the Terriers’ NCAA first-round playoff game against St. John’s, she scored the game-tying goal.

While attending The Pennington School in New Jersey, she was a co-captain during her senior year. She led her team to four MCT Championships.

In 2013, Cooper told Bucks Local News that the minute she got to BU, she knew she wanted to go there. She also considered Colgate, Yale and Columbia.

“I love soccer and the level of soccer at Ivy League colleges is not comparable to D-One,” Cooper said. “I wasn’t ready to risk losing my level of play.”

At her LinkedIn page, Cooper lists that she’s been interning at WHDH in Boston during her senior year at BU. She’s a sports intern, assisting in pre- and post-production of game coverage and interviews. She has also worked as an on-air anchor for Dirty Water Media.

In January 2013, Cooper worked as a stage manager at Comcast in Hartford. From December 2013 to January 2014, she was a production assistant at NBC Sports in Princeton, New Jersey. At BU, she worked in the events and conferences office from May 2015 to August 2015. She’s also been a client success manager at Social Vantage.

As her BU profile shows, Cooper had an exceptional career at The Pennington School. She was co-captain during her senior year and led the team to four Mercer County Tournament Championships. In October 2012, the school won its sixth tournament in a row and ninth overall title in girl’s soccer.

During her high school career, the team won the Prep-A title all four seasons and she earned spots on the All-Prep First Team and All-area First Team in her junior and senior years. The team also won the 2010 U-15 USYS National Championship.

Cooper has two siblings – Kathryn and Grant. Her parents are Bryan and Laurie Cooper. Bryan Cooper played hockey at Wisconsin. 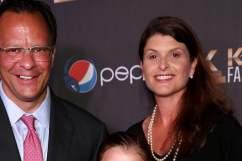 Today, Kraemer works as a front desk coordinator at Yext. She earned a degree in social work in 2015.