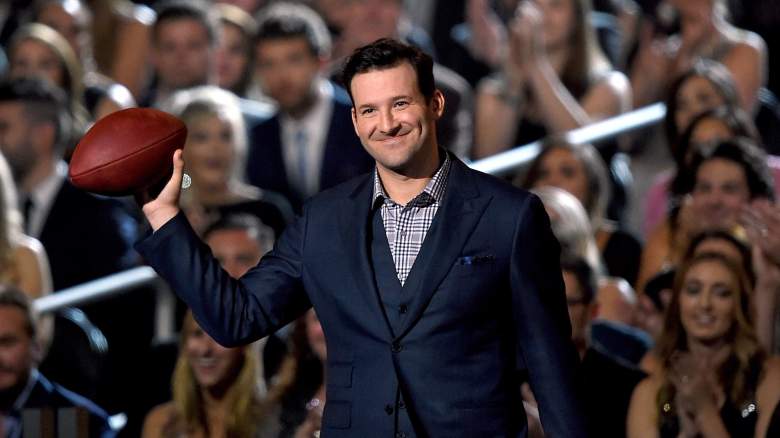 Tony Romo at the 2015 Academy of Country Music Awards. (Photo by Ethan Miller/Getty Images for dcp)

Dallas Cowboys quarterback Tony Romo will be retiring from football and plans to join the long list of NFL players who have become broadcasters. Romo reportedly drew interest from all three of the main NFL broadcasters – Fox, CBS and NBC. Considering his name recognition, he will instantly be a part of CBS’ A-team, calling the most important games for the networks.

ESPN updated its report on Romo’s retirement plans, adding that CBS won the competition for Romo. The news was first reported by the Sports Business Journal.

Here’s a look at how each network could use Romo.

One tidbit on #Cowboys QB Tony Romo: CBS is eyeing him as a potential replacement for Phil Simms in the booth. A big-time opportunity looms.

However, this doesn’t necessarily mean Simms would be out of a job at CBS Sports. Not only could he just be moved to a different team, he could also stay on to call Thursday night games with Nantz. Before the 2016 season, the NFL announced a deal to keep Thursday Night Football alive, with five Thursday games for the 2017 season.

Barry Jackson of the Miami Herald reports that the Sports Business Journal is reporting that CBS will announce that it hired Romo to replace Simms.

According to ESPN, Romo has also expressed interest in contributing to CBS’ golf coverage, but he wants to focus on football first. After all, he’s never worked in broadcasting before.

Working at CBS means he’ll have the chance to call Super Bowl LIII in Atlanta, since CBS has the game.

Fox wasn’t a likely spot just because it airs mostly NFC games. The network also had a big job opening. Back in March, ESPN’s Adam Schefter reported that the network wanted Romo as a replacement for John Lynch. On January 29, the San Francisco 49ers surprised many by hiring Lynch, a former strong safety with the Niners and Broncos who retired in 2007, as their general manager. Even though Lynch has no experience as a football executive, 49ers CEO Jed York said that his experience in the broadcast booth helped convince him that Lynch was right for the job.

“Having spent the last eight seasons as an analyst with FOX, he has honed his skills as a talented communicator while also developing valuable relationships around the league and a vast knowledge of the NFL that will be beneficial to our team,” York said in January. “As we learned more and more about John, it became apparent that he was not only one of the best to ever play this game but also a Hall of Fame caliber man, one who people are compelled to follow.”

NBC Could Have Used Romo as a Partner for Mike Tirico

NBC should have gone after Romo if they want to create a second broadcasting team for their Thursday night games and give Al Michaels a rest. Michaels and Cris Collinsworth also work on the peacock network’s five Thursday games.

During the 2016 season, Mike Tirico called five games that aired on NBC with Collinsworth, plus two NFL Network-exclusive late-season games with former quarterback Doug Flutie. If NBC is looking to pair Tirico with a high-profile name, they couldn’t have done better than Romo. 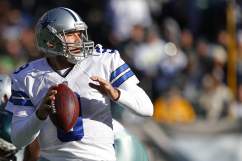