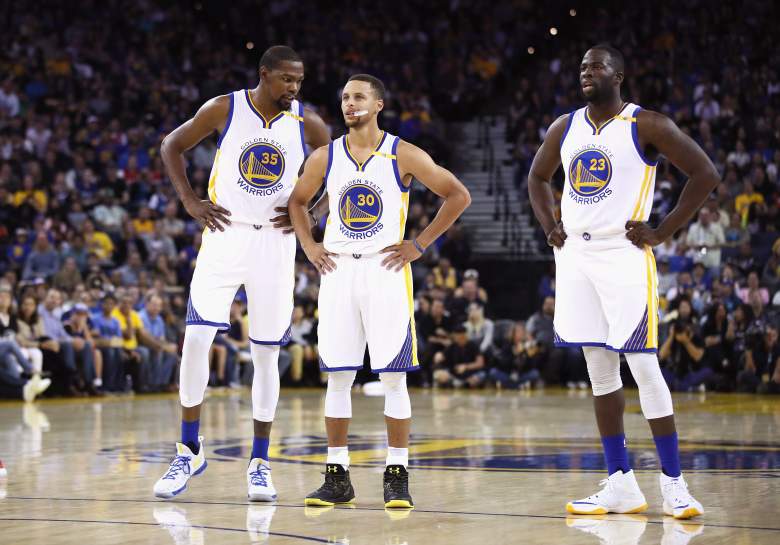 Kevin Durant, Steph Curry and Draymond Green have a chance to accomplish something no NBA team has ever done. (Getty)

The Golden State Warriors have a chance to do something no team in NBA history has done. With just one more victory the Warriors would be the only NBA team to win a championship with no playoff losses.

Prior to the Warriors 2017 run, the 1983 Philadelphia 76ers were one of the few NBA teams that came closest to perfection. The 76ers won the championship with a 12-1 playoff record. Their lone loss came to the Milwaukee Bucks in the Eastern Conference Finals. Philadelphia went on to sweep the Lakers in the finals.

The Lakers have gone into the finals undefeated two times in their franchise’s history. According to SB Nation, Los Angeles entered both the 1989 and 2001 NBA Finals with a perfect record.

The 1989 Lakers ended up getting swept by the Pistons. Isiah Thomas and Joe Dumars proved to be too much for the Lakers to handle.

Things went a lot differently for the 2001 Lakers who only lost one game on their way to the championship. The Lakers lost the opening game of the finals to the Sixers but went on to win four straight games.

Michael Jordan’s 72-win Bulls lost three games in the 1996 playoffs before winning the championship. Fans remember what happened to last year’s 73-win Warriors who were trying to go down as the greatest team in NBA history. Golden State blew a 3-1 lead and lost to the Cavs in the finals.

This year’s team is different with the addition of Kevin Durant. While Golden State is far from a lock to win the next game, they have all the pieces needed to win a championship.

Golden State fell short of 73 wins this year going 67-15. The Warriors would no doubt take a few less wins if it meant a championship was part of the final chapter.

Last year, the Warriors made history in the playoffs for all the wrong reasons. This time, they are looking to do something no NBA team has ever accomplished.

Here’s highlights of some of the greatest teams in NBA history: 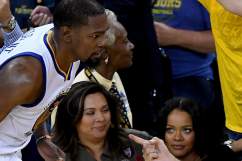