For months, Conor McGregor has refused to hire extra coaches for his historic boxing match against undefeated Floyd Mayweather Jr. Instead, the UFC champion has decided to stick with the same MMA training staff that helped get him to his current level.

According to ESPN’s Wright Thompson, McGregor was reluctant to bring in new coaches with more boxing-related experience because of his “fight or flight” attitude and not wanting to go through the transition to a new coach.

Even now, he lives in a near-constant state of fight or flight, and while some of that comes from where and when Conor grew up, Kavanagh thinks it’s more nature than nurture. There’s just something in the way Conor is wired. That’s one of the reasons Kavanagh didn’t bring in coaches with more boxing experience. Too much new stuff, by someone who didn’t approach Conor’s psyche like a squirrel, would be a disaster.

Roddy is a former MMA fighter who was once thought to be the person who would bring Ireland its first win inside of the octagon/ring.

Here’s what you need to know about Roddy:

1. Roddy’s Said McGregor is Ready to ‘Shock the World’

Through months of training McGregor on his boxing skills, Roddy’s assured people that he’s no fluke. He believed McGregor is ready to pull off arguably the biggest upset in boxing history, and in rather quick fashion.

“I think there will be a little bit of feeling out most definitely when the bell rings,” Roddy told The Telegraph. “I’ve been with Conor many, many years now and we have brought in everybody over the years. Check out this guy, Conor. World class Thai boxer. Never been touched by anybody. Conor goes in, he throws a few shots, figures the guy out, he reads the patterns and then knows exactly what they are going to do. He knows before they know. Then he puts the shots in that apply and they fall over.”

Understandably so, Roddy’s very high on McGregor’s potential, saying it takes people who walk into the gym to watch his sparring sessions about 1 minute for them to see he has a realistic shot at giving Mayweather his first-ever loss inside of a boxing ring.

“It’s going to be a knockout inside four,” Roddy told the publication of his prediction on the match’s decision. “A lot of times he dropped me. He has hurt me a good few times. And on the pads he has hurt me. I’ve felt that power many many times. A lot of times I can’t remember because it was so powerful, but we had some good spars, definitely.”

For an extra long night #stayturnedon with @Chargys1. 4 hours charge in one pack. Hahaha pic.twitter.com/sF30mkX17I

Roddy was a fighter himself who went by the nickname “Rowdy.” He fought in the bantamweight division at about 135 pounds and trained at Straight Blast Gym, an MMA academy based in Dublin founded by Kavanagh. It’s the same gym McGregor fights out of and is the place where the two first met.

Roddy told The 42 that he started training at Kavanagh’s gym when he was 18-years old and started by cleaning the mats. In return, he got to train at the gym for free.

“I was allowed to be part of every session as long as I cleaned the mats once a week,” he told the publication. “It was handy because there was only about five or six mats. The place was tiny.”

He said in the interview that he first gained interest in fighting through watching martial arts movies with guys like Jean Claude Van Damme and Bruce Lee.

Roddy’s MMA fighting career started with a submission victory in November 2005 at Ultimate Fighting Revolution 4 in Northern Ireland. He defeated Mark Robinson in the second round with the choke out, but dropped his next fight via armbar in the first round.

From 2008 until 2012, Roddy didn’t lose a fight. That was until December 8 2012, when he was choked out by Wilson Reis in the third round at Cage Warriors Fighting Championship 50 in Glasglow, Scotland. That ended up being his final official MMA fight, according to his Sherdog profile. 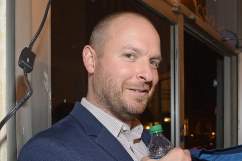 3. Roddy Retired From MMA 4 Years Ago

Roddy decided to call it quits in MMA fighting in 2013 after the loss and abruptly retired. He walked away from MMA with an 11-4 record with four knockout victories, six submissions and one decision.

“The battles that (Roddy) has been involved in will long be remembered as some of the greatest nights in the history of Irish MMA,” SevereMMA.com wrote after his retirement announcement. “His resilience, passion and determination inside the cage have attracted many to the sport, while his humor, honesty and light hearted manner outside of competition have forced people to reconsider their views on it.”

Roddy told the website he decided to retire because it was just “the right time” for him to do so. He cited starting up a family and future coaching desires as being a majority of the reason.

“Eventually I came to this decision and I’m ready to fully recognize my role as a coach with Primal,” Roddy told the website. “It’s not like I’ll be sitting around on the couch, I want to produce the next Irish champion and I think it’s possible with the setup that I have now.” 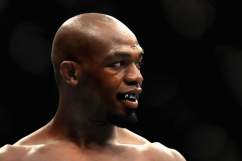 4. McGregor Has Long Credited Roddy for His Success

In an interview with Vice Sports, McGregor spoke extremely high of Roddy, saying that Dana White and the UFC would have offered him a fighting contract if he hadn’t retired in 2013.

“Owen Roddy is always in my corner,” McGregor said to the news platform. “There was an issue in Boston, but it will be great to have Owen back on Saturday. He’s been a major part of my success, anytime I need him Roddy is always there. I’ve learned so much from him.

“He would 100% be in the UFC today if he was still competing. It breaks my heart that he’s not here today. He is a success without getting here though.”

“I was always pressing him — for 100 percent selfish reasons — to focus more on the coaching,” Kavanagh said to the publication. “He runs my kids program, he’s an amazing kid’s coach and he teaches a lot of the stand up striking classes to all levels in SBG. If you want to be a professional in the fight game you’ve got to be selfish with your time, but Owen is always looking to help out everybody.

“He was a fantastic fighter, but I’m glad that he is in a coaching role now.” 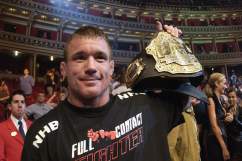 5. Roddy Has His Own Business, a Wife & Children

A 2016 article by The 42 says Roddy’s wife is named Kellie, and the couple have two daughters together thus far.

My beautiful wife & I on our wedding Day huge Thanks to @ScribeOfLondon for the suits. #andthenew….. ly weds! pic.twitter.com/gLFpkqMUTk

Since his retirement, Roddy has opened up his own MMA training facility, called Coach Owen Roddy MMA in Malahide, Ireland, where he trains future fighters.

Of course, Roddy will be in McGregor’s corner August 26 when he takes on McGregor. 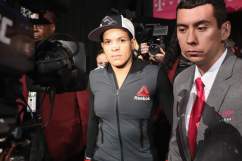