Former New England Patriots defensive coordinator Matt Patricia is the current head coach of the Detroit Lions. He and his wife, Raina, moved from Massachusetts to Michigan in the off-season. On Sunday night, Patricia’s Lions will take on his former team. His wife will undoubtedly be on-hand, watching the game from a box at Ford Field.

Patricia got his first job in the NFL with the Patriots in 2004, and was promoted from safeties coach to defensive coordinator in 2012. As defensive coordinator for the Pats, he established himself as one of the best in the NFL. Because of his track record and his coaching style, he was a highly sought commodity in the head coaching market across the league.

In 2017, Patricia interviewed for head coaching positions with the New York Giants and the Detroit Lions, and ultimately inked a deal with the latter. Supporting Patricia through thick and thin has been his wife, whom he married in 2009.

1. She Is Originally From New England

Raina Patricia’s maiden name is Grigelvick. She grew up in Rhode Island, and graduated high school in Cumberland, Rhode Island, which isn’t too far from Gillette Stadium in Foxborough, Massachusetts.

The Patricias have moved around a couple of times over the past few years, but have stayed very close to Foxborough in order to be close to Matt’s work. The couple owned a home in Wrentham, Massachusetts, a town that borders Foxborough. Wrentham is a popular location for New England staff members to live and it’s a great town for families with children.

However, once Patricia was traded, he and his family relocated to Michigan.

2. She & Her Husband Have 3 Children Together

Raina and Matt Patricia got married in 2009 in Aruba, surrounded by their family and friends. They are proud parents of three children, sons Dominic and Dante, and daughter, Giamina.

When it comes to the Patricias moving out of state, it’s going to strictly be a career move. The Patricias have seemingly loved living in Massachusetts and have developed strong relationships with other players, their families, and parents of kids who have become friends with their kids through school and what not.

However, as NJ.com points out, Detroit might be a good option for Patricia because of some of these things.

“Patricia is about to be a very rich man. He’ll be able to buy a big house in a nice neighborhood and send his kids to private schools, all while paying less in taxes. Patricia was going to spend 18 hours in the office wherever he landed, and he doesn’t strike me as the type to be enticed by the proximity to Manhattan hot spots,” the outlet reports.

3. She Does a Lot of Charity Work 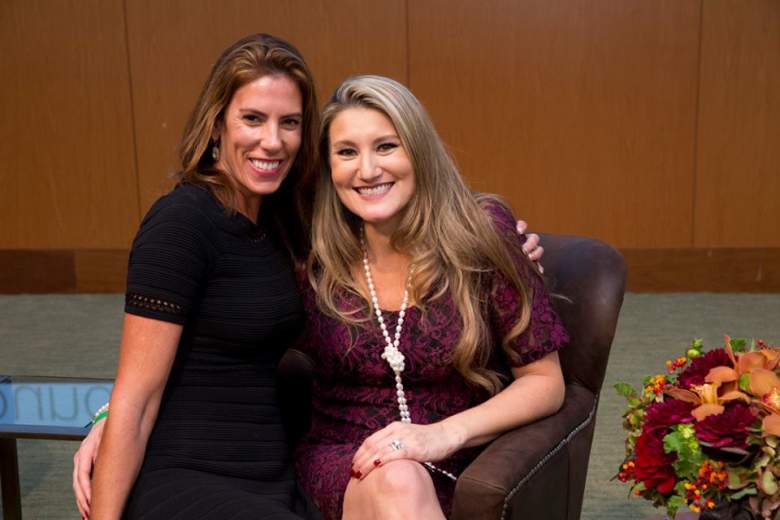 Raina Patricia was one of those who made the trip, along with Pat and Wendy Kraft, Linda Holliday, Rosanne Gregory, Lindsay Force, Alyssa Cannon, Julie Quinn, Nicole Perlstein, and two New England cheerleaders.

On the trip, the group promoted “Celebrate Volunteerism” by making and serving lunch and distributing gift bags with toiletries and winter socks.

The “Celebrate Volunteerism” initiative was part of the Patriots Charitable Foundation and tries to recognize volunteers and encourage fans to give back to the community.

4. She Is Good Friends With Bill Belichick’s Girlfriend, Linda Holliday & Other WAGs

Holliday and Patricia were together at Super Bowl LII on Sunday, February 4, 2018, and even showed off their custom Patriots swag before the game (which you can see in the photo above).

In 2013, Belichick and Holliday dressed up as pirates for Halloween. The couple was joined by Raina and Matt Patricia, who decided to dress up as Willie and Korie from Duck Dynasty.

In fact, the whole team went out together to celebrate Halloween, with quarterback Tom Brady and his wife Gisele Bundchen dressed up as characters from The Wizard of Oz, and other players and Patriots staff members joining in on the fun.

Raina is a frequent guest on Holliday’s Instagram, as the pair attend all Patriots functions. Here they are together celebrating New England’s most recent Super Bowl win.

Patricia and Holliday are still friends and will more than likely be seeing each other during tonight’s game, even if they are now cheering for different teams.

5.  Patricia Was Married Once Previously

Matt Patricia was previously married to a woman named Amy, according to the Detroit Free Press.

According to Sports Illustrated’s Monday Morning Quarterback with Peter King, Patricia received a call from the Patriots in 2004, offering him a job. But he was hesitant to accept the offer because he “needed to consult with his wife first.”

It’s unknown what happened between Patricia and his first wife. The two split sometime after 2004 — after Patricia accepted a job that would change his entire life. An unknown amount of time later, he met Raina and the two started dating.

Patricia got down on one knee and proposed to Raina at Gillette Stadium “years ago,” according to ESPN. 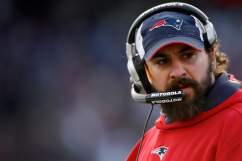