Update: check out our review for All Elite Wrestling’s Fyter Fest right here.

Pro wrestling and the FGC (Fighting Game Community) will come together once more in 2019!

Last year, the CEO (Community Effort Orlando) fighting game tournament presented a special NJPW sponsored event (which you can check out right here). For this year’s tourney proceedings, AEW will partner up with CEO for a new event they’ve christened “Fyter Fest.” Several of the company’s burgeoning talent will step into the ring and showcase their skills in front of loyal wrestling fans and even curious fighting game players. Fyter Fest looks like it’ll be a much bigger event than the one that proceeded it the year before.

So without further ado, here’s a preview of Fyter Fest 2019 and our predictions for the event’s big winners.

Predictions & Winner: So two of the happiest women’s wrestlers in the world are going head to head. The bright and always bubbly Kylie Rae is set to do battle with the former “Blue Pants,” Leva Bates. This one should be another solid showcase for AEW’s thriving women’s division. Since Kylie ended up on the losing end of Double or Nothing’s three-way women’s match, I’m envisioning a scenario where she gets the win here to build her back up. Kylie looks to be one of the main pillars for the women’s division, so a win here makes sense here. This is the best chance to add more credibility to Kylie’s AEW status.

Predictions & Winner: So here’s the gist if you’re not up to speed already – Jebailey is the organizer behind CEO (and also the face attached to that Twitch emote you always spot in various chats). Michael Nakazawa and his wild antics should be familiar to you if you watched the Casino Battle Royal at Double or Nothing.

This matchup actually went down last year but wasn’t much to write home about due to Jebailey’s injury hindering his movement. Now we’re getting a fully-healed Jebailey vs. his in-ring rival in a match that’ll be full of hilarity and “foreign objects.” Jebailey is CEO’s resident hero, so it’s pretty obvious that he’s going over here.

Best Friends (Chuck Taylor and Trent Beretta) vs. SoCal Uncensored (Scorpio Sky and Frankie Kazarian) vs. Private Party (Isiah Kassidy and Marq Quen) (Three-Way Tag Team Match; Winners Advance to All Out for an Opportunity at a First Round Bye in the AEW World Tag Team Championship Tournament)

Predictions & Winners: Now that the AEW World Championship scene has been finalized, it’s time to set up some rightful challengers for the company’s tag team titles. It looks like All Out will be the show that plays out the tourney for those belts and award the team that comes out on top.

This match will give one of the competing teams the right to earn a first-round bye that betters their chances at winning the tourney as a whole. The Best Friends and Private Party are two of AEW’s more lighthearted and comedic tag teams, while SoCal Uncensored stands out as the veteran duo who’s more formidable. Scorpio Sky and Frankie Kazarian seem like a safe bet as far this match’s predicted winners go. And in this case, playing it safe is the best way to go.

Predictions & Winner: The former “Fallen Angel” and his SCU cohorts got the win over CIMA and his OWE allies at Double or Nothing. Now the leaders of both trios will go head to head in a singles bout. These two veteran athletes have plied their trade in several wrestling feds all over the world, but have shockingly never crossed paths in a one-on-one situation…until now.

It’d make a whole lot of sense for CIMA to get his revenge on SCU and even the score between their stable and his by defeating Daniels. This will set the SCU/OWE feud at 1-1 apiece and hopefully lead to a major tiebreaker of sorts at All Out. Since this premise sounds so good on paper, I think that’s exactly how this match scenario will play out.

Predictions & Winner: The ladies of AEW are back in the limelight. And once again, they’re ready to wow the crowd in a three-way contest. Nyla Rose met her equal in the form of the returning Awesome Kong, which lead to her being less of a favorite to win the women’s three-way at Double or Nothing.

I get the feeling that there won’t be any last-minute match additions to this bout, which means Nyla is clearly the pick to attain victory (again). Her opponents, Yuka Sakazaki and Riho, performed so well in front of the crowd during their Joshi 6-woman tag match. Their unique style of wrestling will give Nyla something fresh to work with, which gives this match a slight chance of being a show-stealer. I’m sure they’ll do great work here once again, but the walking juggernaut that is Nyla Rose will ultimately destroy them.

Predictions & Winner: Now this multi-man matchup truly piques my interest. This Four-Way situation started up within the Double or Nothing Casino Battle Royal and revved up during the AEW Championship ceremony. Adam Page is currently one half of that newly installed title’s main event at AEW All Out, so all eyes are on him right now. MJF, the other hot prospect coming into this match, has gained plenty of new fans thanks to his sharp tongue and confident demeanor. And finally, the other two competitors present here are definite wildcards who add a bit more excitement to the matchup as a whole.

Jungle Boy will pull out all the stops and fly all over the ring like a madman. Jimmy Havoc will most definitely incorporate the use of various weapons and dish out some punishment with those assorted items. Adam Page and MJF are clearly the two-star prospects here and the most likely to win. This one’s going to be full of the night’s most jaw-dropping moments and the type of wrestling that elicits shocked gasps. Since Adam is being built up as AEW’s number one babyface, I see him walking away with the big win here in preparation for his AEW Championship shot.

Predictions & Winner: Cody’s performance against his brother Dustin at Double or Nothing was pretty inspiring. Dusty Rhodes’ boys left everything in the ring as they battled to see who was the superior of the two. Cody ended up coming out on top and showed just how committed he is to mastering his craft. His next AEW opponent comes in the form of Darby Allen, an unorthodox competitor who’s a mainstay in EVOLVE Wrestling. Cody has his work cut out for him here – Darby’s not a traditional wrestler who’s keen on out-grappling his opponent. Darby is somewhat of a living kamikaze who often sacrifices himself in order to finish his foe.

This match is going to be pretty insane. Cody will most likely step out of his comfort zone during the later parts of this brawl and adopt a reckless mean streak like his opponent. Darby will stick to his usual gameplan, which will likely result in a match where both men take insane risks. I could totally see Darby committing to a maneuver that will ultimately backfire and cause him to taste defeat due to the quick thinking of Cody. But even in defeat, Darby will endear himself to an even larger viewing audience of wrestling fans and put more eyes on the AEW product. This match will give Cody another win in the AEW column and showcase Darby as a future star for the company.

Predictions & Winner: The man formerly known as Dean Ambrose is free! Jon Moxley has become the talk of professional wrestling due to his surprise appearance at Double or Nothing. Now he can be seen popping up for dream matches in NJPW and breaking the internet with his shoot podcast interviews. Jon’s very first match in AEW will pit him against a wild man who’s just as off-kilter as him – the “Bad Boy” himself, Joey Janela. Jon and Joey are practically the same – they love to get involved in hardcore skirmishes, they’re known for going against the grain, and they’re prone to pulling off the craziest maneuvers in wrestling.

This one’s going to be a fun one. Jon’s recent bout against Juice Robinson for the NJPW US Championship showcased a man who’s clearly inspired. A Jon Moxley that’s in love with wrestling all over again makes for the perfect opponent for an always game Joey Janela. The referee’s going to have a hard time controlling this one – expect to see both men go all over the arena and break a few rules along the way. I’m guessing the ref will let a few things slide due to the enormity of this bout. Once the smoke finally clears, Mr. Moxley will be the only madman with his hand raised in victory. Jon’s first match in AEW will most definitely be marked by a massive victory.

Predictions & Winners: The inter-promotional war between the Young Bucks and the Lucha Brothers continues. After failing to capture the AAA Tag Team Championship from Matt and Nick Jackson at Double or Nothing, Pentagón Jr. and Rey Fénix won them back after a rematch at AAA Verano de Escandalo. Now both teams are adding a third member to their lineup for a 6-man tag that’s sure to be a show stopper.

Kenny Omega will join his Elite stablemates and take on another awesome luchador in the form of Laredo Kid and his fellow lucha brothers. This match will be the type of high-spots crowd-pleaser that will leave everyone’s jaws on the floor. The Young Bucks and The Lucha Brothers have amazing matches on their own. But the added elements of Omega and Laredo Kid have a high possibility of adding more heat to this spirited affair. The Bucks/Brothers feud is currently locked in at 2-1 in the Bucks’ favor, so I can see the lucha trio evening up the score with a hard-fought victory here. 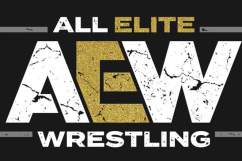 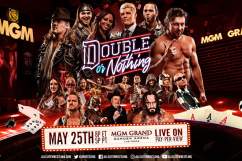 All Elite Wrestling Double or Nothing: Reactions & Review

Read More
Pro Wrestling, Wrestling
The guys and gals from AEW will compete in Daytona Beach at the Ocean Center for the 2019 Fyter Fest. Here's our preview of every match announced thus far.