The Chicago Bears traveled to MetLife Stadium Friday night for their second preseason game against the Giants. The Bears lost their second preseason game in a row, and looked sloppy on both side of the ball, but there was a significant reason for that: their entire starting lineup sat on the bench, including promising rookie David Montgomery. Well, almost all of their starters were there–more on this in a moment.

The Bears’ second preseason game also featured the professional debut of one of their most coveted 2019 draft picks, the continuation of the team’s kicking saga, and had some NFL Network announcers questioning Matt Nagy’s decision-making.

There were some highs (Clifton Duck’s goal line interception and 62-yard return; James Vaughters’ excellent strip and recovery of a Daniel Jones fumble) and some lows (Tyler Bray isn’t giving his young receivers much of an opportunity to catch his passes because they’re nowhere near them most of the time, and other than a few splash plays, the backup defense looked half asleep). After the game, though, it’s clear there are several storylines sitting on the Bears’ plate:

Nagy Has Every Intention of Resting His Starters 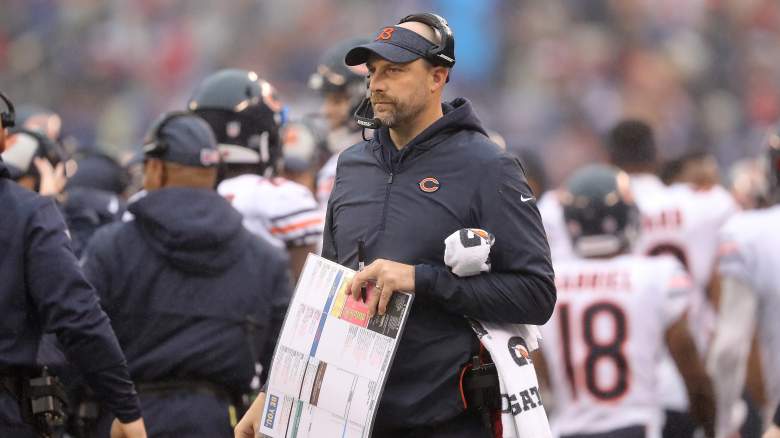 One the NFL Network’s pregame show, former coach Steve Mariucci and his cohorts expressed slight surprise that Nagy chose to rest his entire first string on both sides of the ball. Mariucci said it was “kind of a trend” in the league to rest valuable players, also noting this didn’t happen near as much as it did when he coached.

Mariucci’s co-host Willie McGinest also said he was surprised to see the Bears’ defensive starters sitting, considering the team has a new defensive coordinator. But after losing Adam Shaheen and Leonard Floyd to injuries in the preseason last year, Nagy is being extremely cautious with his players this preseason. It remains to be seen whether this will effect the team in the slightest down the road.

Kyle Long Wasn’t at the Game 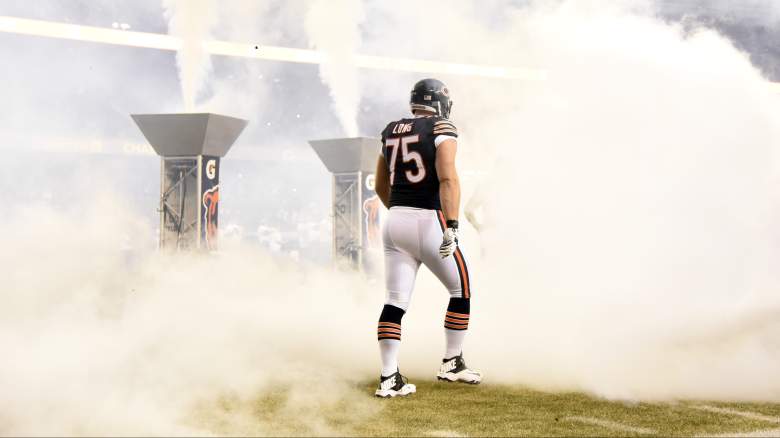 After getting into a heated and physical altercation with a teammate during Wednesday’s practice, Kyle Long didn’t make the trip to MetLife Stadium.

Neither Ryan Pace nor Matt Nagy commented on Long, the situation, or the punishment much afterwards, saying it was an “internal issue”. It remains to be seen how Long responds. He has yet to speak about the incident, and his usually active Twitter account has been inactive since his ejection. 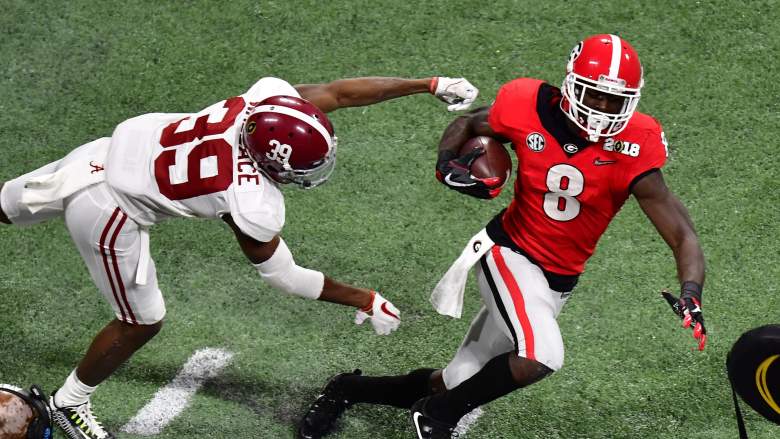 Rookie Ridley, who missed most of the preseason due to a hamstring injury, showed nice hands and displayed his known route running skills several times throughout the game in his preseason debut:

Ridley didn’t look riddled with injuries. He had three receptions for 19 yards, but likely would have had a heftier stat line with better quarterback play:

On the next play, Chase Daniel is sacked, missing Riley Ridley breaking open in the end zone.

Undrafted free agent Clifton Duck had the play of the game for the Bears, a diving interception at the goal line followed by a 62-yard return. Duck has had an impressive preseason so far, and this play set him up as an early preseason favorite to make the roster.

Clifton Duck and John Franklin are going in opposite directions. #Bears

Still No Favorite Between Fry and Piñeiro 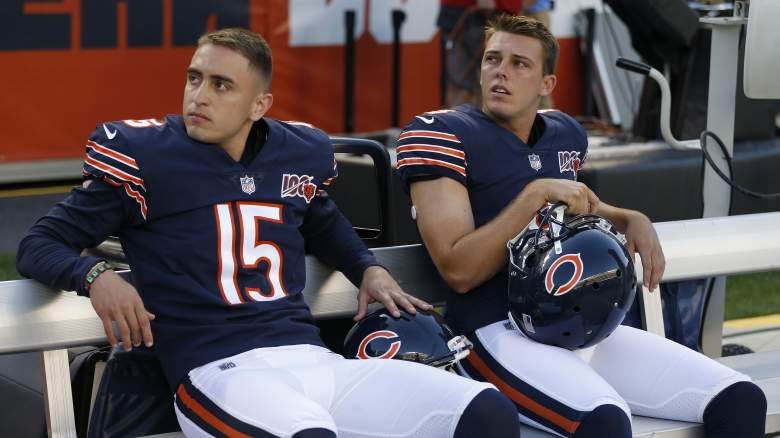 GettyKickers Eddy Pineiro #15 of the Chicago Bears and Elliott Fry #8 sitting on the bench.

After performing better than Piñeiro last week against Carolina, that wasn’t the case for Fry against the Giants. He missed from 47 yards, failing to capitalize after the nice turnover forced by Vaughters. Some members of the media noticed that other kickers around the league continued to make kicks:

At the same time Elliott Fry misses from 47, Joey Slye hits from 54: https://t.co/OtFULme3e4

Fry and Piñeiro shared kickoff duties again, but unless one of them makes a dynamic, game-saving tackle on a return or boots consecutive 55-plus yarders, it’s likely either will stand out enough. Fry went 0-1 on field goals for the night, hitting his extra point attempt. Piñeiro was 2-2 with kicks made from 41 and 27 yards. The Bears may still seek the services of another kicker, which they tried to do recently when they inquired about former Ravens kicker Kaare Vedvik. Fans should not be surprised if that’s the case. 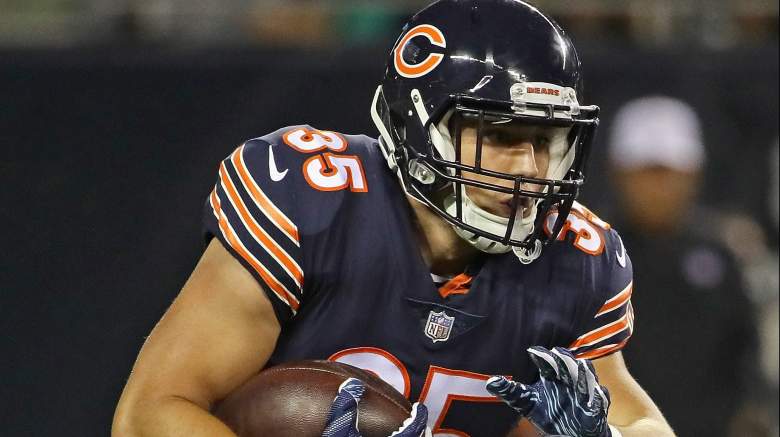 GettyRyan Nall of the Chicago Bears looking to secure a spot on the roster this season. (Getty Images)

The Bears have a difficult decision in front of them here. Both Nall and Whyte Jr. looked impressive when given opportunities against New York. Nall had a solid and productive first half, picking up multiple first downs on nice rushes, while also displaying smooth moves and nice hands in the screen game.

Whyte, who had a solid outing in the Bears first preseason game against Carolina, was equally impressive against New York. He was tackled behind the line of scrimmage on his first carry, but after that, Whyte had a kickoff return for a touchdown negated by a penalty that showcased how speedy the rookie seventh rounder really is:

It got called back, but what a return by Kerrith Whyte. Dude is absolutely electric in the open field. #Bears

Whyte also had a touchdown run late in the third quarter, showing grit and determination to go along with his speed. Considering Taquan Mizzell fumbled twice in the fourth quarter, the final slot unquestionably belongs to Whyte…or Nall.

READ NEXT: Bears’ Practice Fights: What’s Up With Kyle Long?

Read More
Chicago Bears, Football, NFL
The Bears' second preseason game against the Giants featured the professional debut of one of their most coveted 2019 draft picks, and the continuation of the team's Eddy Pineiro /vs/ Elliott Fry kicking competition.