Compared to other starting NFL quarterbacks, Gardner Minshew’s salary is quite a bargain at $495,000 for the 2019 season, per Spotrac. Minshew signed a four-year,$2.7 million contract with the Jaguars after being selected in the sixth round of the NFL draft with the 178th overall pick.

Minshew’s contract reflects his initial role as a backup quarterback but is more indicative of the salary structure for late-round picks. For comparison’s sake, the Jaguars just signed Nick Foles a four-year, $88 million contract this offseason.

Minshew’s signing bonus is the only guaranteed money in his contract, per Spotrac. After the Jaguars selected Minshew in the draft, Tom Coughlin praised the quarterback’s love for the preparation process.

“He’s very smart, he’s very sharp, he loves the game, he loves the study part of the game,” Coughlin explained to Seattle Times. “He’ll be a great guy in the classroom with the coaches, he’ll suck all that information up.”

Minshew Was Offered an Endorsement Deal by an Adult Entertainment Site

We have officially reached peak Gardner Minshew: He's being offered an endorsement deal with an adult website to teach fitness classes online. Apparently, they heard about the fact that he likes to stretch in his jock strap during pregame #Jaguars pic.twitter.com/tYhpq7S9H0

Minshew may not be making as much money as most quarterbacks, but one website is hoping to make up some of the difference. The adult site Cam Soda offered Minshew an endorsement deal to teach fitness classes in a jockstrap, given his now-notorious pregame ritual. Cam Soda’s instructors include a number of adult entertainment stars.

“We have officially reached peak Gardner Minshew: He’s being offered an endorsement deal with an adult website to teach fitness classes online. Apparently, they heard about the fact that he likes to stretch in his jock strap during pregame #Jaguars,” CBS Sports John Breech tweeted.

If Minshew is able to maintain his stellar play, there is sure to be more endorsement offers in his future.

The stories about @GardnerMinshew5 are legendary ?

Foles sustained a shoulder injury early in the Jaguars’ Week 1 contest against the Chiefs, and Minshew was able to perform admirably despite getting minimal reps in the practices leading up to the game. Jaguars head coach Doug Marrone noted that every week, teams are going to try to take advantage of Minshew’s inexperience.

“It was impressive,” Marrone told the Daytona Beach News-Journal. “I think the challenge is, ‘Hey, listen, we have to repeat this. Where are we going to go?’ There are some people who will question whether he can keep it up. `Do you think he can do that again?′ I think that’s the challenge, but the one thing I do know about the kid is that he will work his butt off this week and he will do everything he possibly can, which you appreciate. I think he will have confidence and I think our opponent will be trying to knock the confidence out of him.”

Here is a look at Minshew’s full contract details, per Spotrac. 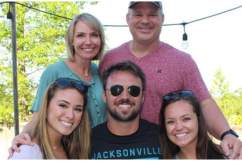