The trade deadline is approaching and surely the Philadelphia 76ers are going to look to make upgrades in order to battle with their competitive Eastern Conference foes. The team takes on the Hawks this week and let’s examine their roster to see if GM Elton Brand should try to pry any players from Atlanta:

The Hawks are unlikely to trade any members of their young core. Injuries and a John Collins suspension robbed the team of getting valuable experience together earlier in the season, though now, the squad is at full strength and is showcasing some potential. Don’t expect Atlanta to trade any member of this group.

Why Would You Want To?

Parsons ($25.1M) and Turner ($18.6M) seem unlikely to be traded for different reasons. Parsons was involved in a car crash earlier this month and his career is in jeopardy. Turner is a candidate to be bought out and if that happens, he could be a candidate for the Sixers. However, at his current salary, there is no way Philadelphia could afford to take him on. 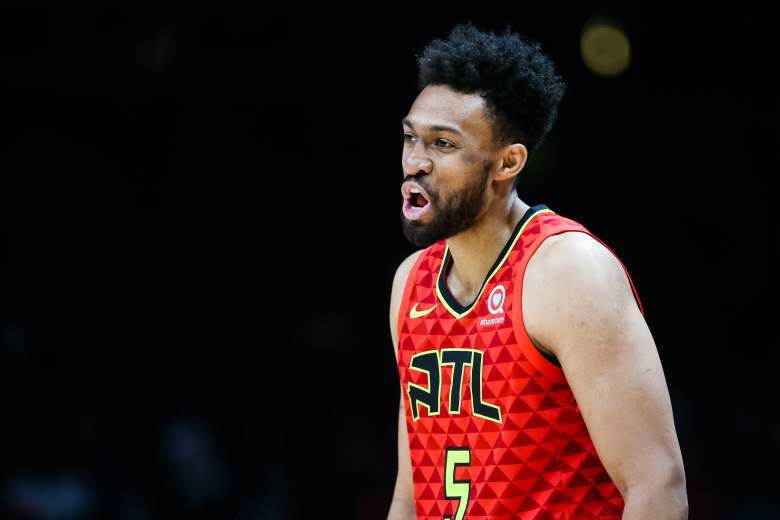 Parker is making $6.5M this season and has a player option on his deal for next season. While Collins was out earlier this year, Parker showcased his offensive ability and for short stretches, reminded people of why he was the No. 2 overall pick in the 2014 draft.

Philadelphia could use another scorer, particularly one that can get buckets on his own. Parker would be an interesting fit, though a package of Zhaire Smith and Mike Scott would work salary-wise.

Carter isn’t going anywhere unless he asks to go somewhere.

Available But Do The Sixers Really Need Him?

Len is on an expiring deal with the Hawks, as he will make $4.16M this season and unless the Sixers move Al Horford, they shouldn’t be in the market for a traditional center, so same with Damian Jones.

Bembry will be a restricted free agent after the season, though it would be easy to envision the Hawks allowing him to walk and find work elsewhere. Sure, he could make sense for the Sixers if they feel they can get more out of the St. Joes product, though if he’s not successful in Atlanta, for a team with less talent than Philadelphia, why would a contender rely on him in any capacity.

Teague and Graham came over in a trade for Allen Crabbe earlier this month and neither player’s salary can be aggregated in another trade. It’s unlikely that the team moves either player anyways.

Teague has settled into a nice role with Atlanta, serving as the team’s back-up point guard to Young but also spending time alongside the first-time All-Star. Graham, who has now been traded three times over the past seven months, hasn’t played as much since coming to Atlanta.

READ NEXT: Allen Iverson robbed for over $500K in jewelry