With unrest around the nation following the death of George Floyd, the Cleveland Browns took some time to talk about the situation and what they can do to make a difference during a team meeting.

Floyd’s final minutes have been witnessed by millions through a disturbing viral video, which shows now-fired Minneapolis police officer Derek Chauvin with his knee to Floyd’s neck. Chauvin has been charged with third-degree murder and second-degree manslaughter.

The reaction to the video has sparked outrage, protests, demonstrations and, in some areas, violence. But mostly, it has people looking for a solution for change.

Browns wide receiver Jarvis Landry has been among the athletes who have used their platform to bring attention to police brutality, specifically against the African-American community. During a conference call on Tuesday, Browns Pro Bowl guard Joel Bitonio said that Landry gave a passionate speech to his teammates on how to use their platforms during this time.

Browns had a virtual team meeting Monday, discussed what is happening in the country, per Joel Bitonio. Jarvis Landry addressed the team for 10 min, talking about how players can better use their platforms. Bitonio: “There’s injustice in this world. People are hurting."

“I think the conclusion we came to is obviously there’s injustice in this world right now and people are hurting. You know, people need help, and we’re going to try and use our power and our position to help them,” Bitonio said, per cleveland.com. “Jarvis [Landry] came up and he spoke to the team for maybe 10 minutes yesterday and they just tried to tell us how we can use our platform a little bit better because I think the vast majority of people want to help. They want to improve the situation. Jarvis was emotional when he spoke with the team and he just wants change. He wants you to be a part of it and really try and help.”

Jarvis Landry Sounds Off on Social Media: ‘We Need an End Goal’ 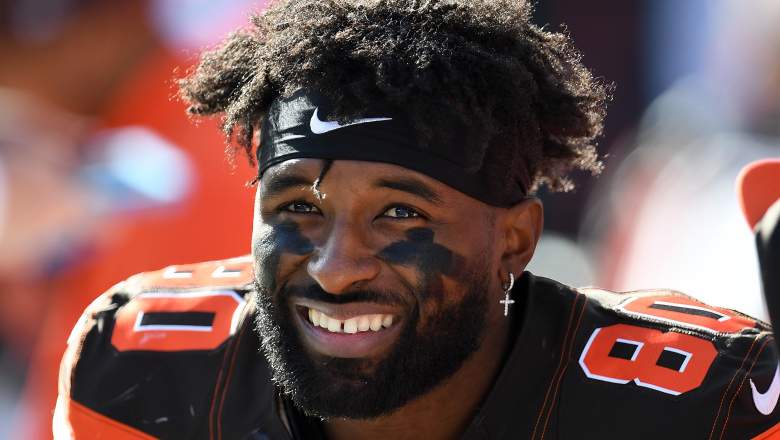 Landry has been vocal on his social media channels that change needs to happen, but wants the protests to have a target and end goal.

“We need [an] end goal!! We have stories that go on for thousands of years about the police brutality, racism, death!!! The protesters that’s out now are putting themselves in further danger and not without reason but what are we trying to accomplish??”

We need a end goal!!
We have stories that go on for thousands of years about the police brutality, racism, death!!! The protesters that’s out now are putting themselves in further danger and not without reason but what are we trying to accomplish??

He continued: “If this shit don’t bother your soul, then [expletive] you.”

The Browns as an organization has also put out a statement, stressing that it will take hard work and teamwork to produce positive, productive and lasting change in the community.

“These are complex issues that no sports team can solve on its own. We can only help create change by working together with our community, our players and our entire region to find solutions,” the statement read. “We take great pride in our city and in our region and recognize the suffering in the African American community throughout the country. Although, we, like many others have worked to advocate for social justice, now more than ever, we must do even more to work collectively to end racism and bond together for justice and equality.”