The Cleveland Browns have the luxury of having not just one Pro Bowl caliber running back, but two in Nick Chubb and Kareem Hunt.

So while the talent is unquestionably there, the key for the Browns will be finding balance between the two backs, which was one of a the few things done well — for the most part — by the team’s previous coaching staff.

Chubb will be the workhorse, having just missed out on the rushing title a season ago. Chubb finished with 1,494 yards and eight touchdowns, just behind Titans RB Derrick Henry, who surged by him in the final week of the season with a 211-yard performance.

The Browns took a chance signing Hunt last offseason, bringing the former NFL rushing champ in after he was cut by the Chiefs when video emerged of him in an altercation with a woman at a Cleveland hotel in February of 2018.

After returning to the active lineup following an eight-game suspension, Hunt finished last season with 179 rushing yards and 2 touchdowns. He also caught 37 balls out of the backfield for 285 yards. The Browns signed Hunt to a restricted free agent tender this offseason that will pay him $3.259 million next year, per Spotrac. He’ll be an unrestricted free agent in 2021.

Hunt has shown the ceiling of being one of the best backs in the NFL, so the price is a bargain. In his first two seasons, Hunt racked up 2,151 rushing yards and 833 receiving yards. He made the Pro Bowl in 2017 as the league’s leading rusher and was on pace for another strong season before being let go by Kansas City.

Browns OC: Situation Will Change Weekly, Depending on Matchup 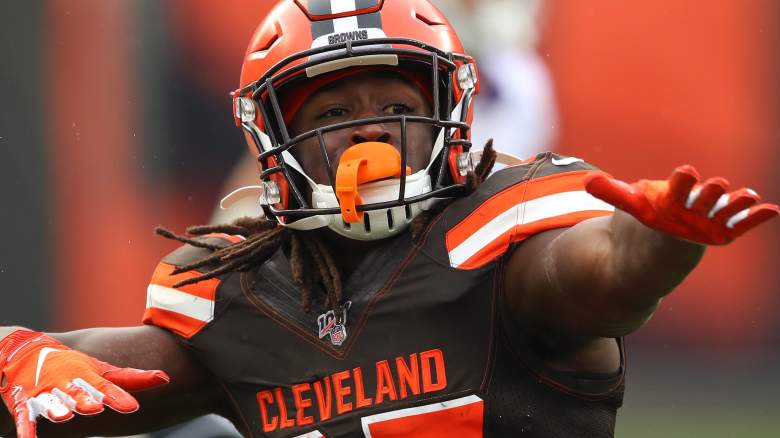 The man in charge of the Browns offense next season is Alex Van Pelt, who spent last year as the quarterbacks coach in Cincinnati. He will collaborate with head coach Kevin Stefanski, who made his name as an offensive mind with the Minnesota Vikings. Van Pelt said they have already formulated an idea of what the backfield pairing will look like for a full 16 games.

“We have an idea of what we see his role playing in this offense. I think that is something we have to keep growing,” Van Pelt said in a conference call with reporters on Wednesday. “Being away is probably not as good as doing it together and having the ability to see green, run routes and all of the things that he brings as a player. Not having that access to him right now has probably had a little [impact with] where we are headed with that. We have to find a way to put the best players on the field and the matchups that will come with that each week, and it will change weekly.”

Hunt was willing to make the sacrifices last year and served as the lead blocker for Chubb on multiple occasions.

“Kareem is an extremely talented runner as a running back, and he is exceptional out of the backfield, as well,” Van Pelt said. “He is fearless, and the selflessness of him blocking and lead blocking, he is just a football player who loves to play. We have to find ways to get him the ball.”

Stefanski has had high praise for both backs since taking the job and has stressed the more talented players, the merrier.

“If we’ve got two good ones, we’ll figure it out. That’s no problem for us,” Stefanski said previously. “That’s a good problem if it’s a problem at all. It’s our job to make sure we’ve got all these good players, let’s use them. Let’s use them in the right way.”

Browns Owner Says Kareem Hunt Has to Do Better off Field 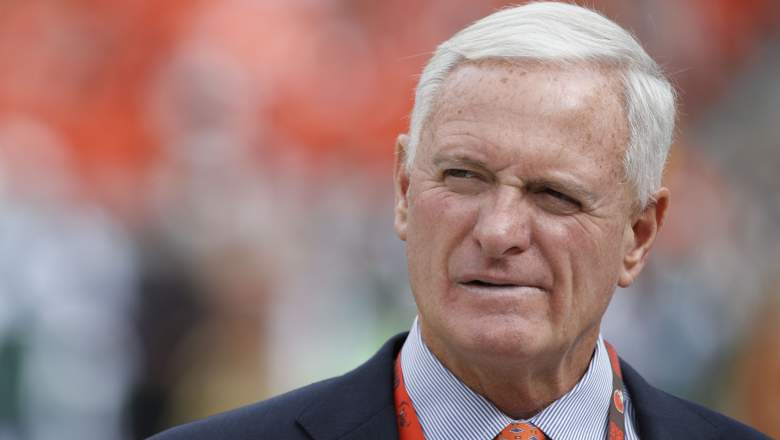 While Hunt’s talent has not been questioned, his decision making off the field has been. While the Cleveland-native has been mostly a model citizen since signing with the Browns, he had a slip-up this offseason where he was pulled over for speeding and it was found he had both marijuana and open alcohol containers in his vehicle.

Video emerged of the stop that didn’t paint Hunt in the best light. In the nearly six-minute long clip, Hunt tells the officer that he was trying to catch a flight and pleads his case saying, “I’ve been through a lot” multiple times. Hunt was only issued a speeding ticket.

Browns owner Jimmy Haslam made it clear after the incident that Hunt needs to be better.

“We have and will continue to work closely with Kareem,” Haslam added. “But he knows our expectations are higher than what he showed a week or two ago.”