Chicago now has 85 players on its roster, and will need to cut five more before the August 16 deadline. More cuts are expected at the tight end position, as the team currently still has a total of seven, including roster locks Jimmy Graham, rookie Cole Kmet and veteran Demetrius Harris.

Bond, Wesley and Brice: How Little We Knew You

The Bears signed Bond late last season, when he played three games, with his 35 snaps coming on special teams. He was originally brought on when starting linebacker Roquan Smith went down for the remainder of the season with a torn pectoral muscle late last year. He was taken in the sixth round of the 2016 NFL Draft by the Tampa Bay Buccaneers, and he spent his first year on injured reserve before becoming a solid role player on special teams for the Bucs. He never quite caught on in Chicago, however.

Wesley, a speedy wide receiver out of Northern Colorado, was an undrafted free agent who spent some time on the Bears’ practice squad last December. After the team drafted Darnell Mooney in the fifth round and sighed speedy veteran Ted Ginn Jr. to a one-year deal this offseason, Wesley’s speed became less of an asset. He ran a 4.45-second 40-yard dash at the 2019 combine, so he could still be on the radar of a few teams around the league.

Brice spent the 2016-18 seasons with the Green Bay Packers. He started 14 games, playing in 36 for the Pack. The Bears brought Brice in this January to boost their depth at safety, but they have since added veteran Tashaun Gipson, who will be competing with Deon Bush for the starting job, so the depth Brice may have once provided was no longer needed. 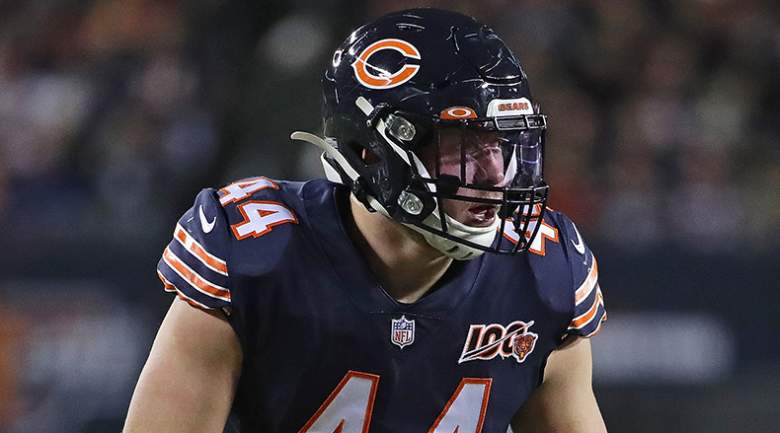 With the loss of linebackers Nick Kwiatkoski and Kevin Pierre-Louis, along with defensive end Nick Williams to free agency, the Bears’ defensive depth took a big hit this offseason. All three were players who stepped up when asked and filled in capably in limited action — which is largely why they earned opportunities elsewhere.

The number of players allowed on each NFL team’s practice squad has been raised from 12 to 16 due to the uniqueness of the season brought on by the coronavirus pandemic, so the Bears will have four more players at their disposal this year. Chicago’s rookies and quarterbacks have already reported to camp, with the remainder of the team joining them later this week.