Bears' Defensive coordinator Chuck Pagano will need his secondary to step up after CB Artie Burns tore his ACL Tuesday.

New Chicago Bears cornerback Artie Burns suffered a left knee injury in practice on Tuesday, and it has very likely ended his season. Burns had been practicing with the starters and the first unit, and he tore his ACL, according to NFL insider Adam Schefter.

With Burns now out indefinitely, corners Kevin Toliver and rookie Jaylon Johnson may need to step up sooner than expected.

Chicago signed Burns, a former first-round pick by the Pittsburgh Steelers (he was the No. 25 overall pick in 2016), to a one-year $1,047,500 contract this offseason, and he was expected to give the team some depth at defensive back. Many were surprised to see him out with the first unit when padded practices began Monday, so his injury could have a ripple effect on the secondary.

What Does Burns’ Injury Mean for Rookie CB Jaylon Johnson? 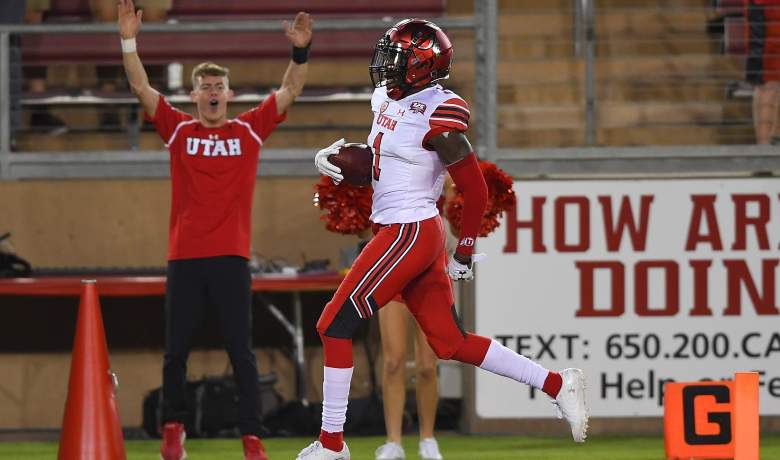 GettyChicago Bears rookie CB Jaylon Johnson was selected by the Bears in the second round this year. He may need see action sooner than expected after Artie Burns went down in practice Tuesday. (Photo by Thearon W. Henderson/Getty Images)

The Bears drafted corner Jaylon Johnson in the second round this year, with the 50th overall pick. He is expected to eventually get the nod to start opposite All-Pro Kyle Fuller, but based on comments Bears’ defensive coordinator Chuck Pagano made a few weeks ago, Johnson may not be quite ready to take the on a starting role just yet.

“Moving around out there, he’s been a little bit limited because he’s coming off of a shoulder deal and stuff,” Pagano said about Johnson. “But he’s got a bunch of dominant traits that should equate because he’s got good work ethic and I think he’s passionate and loves football.”

The “shoulder deal” Pagano referenced was a torn labrum Johnson had surgery on after participating in the NFL Scouting Combine this spring. Johnson tore the muscle in his shoulder during the 2019 season, and showed some major grit by playing through the injury for the remainder of the year. If Johnson isn’t ready — and who could blame him, as this offseason more than most has severely limited teams and how they acclimate their rookies — the Bears will have to turn to Kevin Toliver to start.

Kevin Toliver: Can He Be an Effective Starter?

The 6’2″, 199 lb. Toliver has played two seasons in the league, both with the Bears. He played in 27 games, starting two. The Bears signed him as an undrafted free agent out of LSU in 2018, and he has been a solid role-player ever since.

He has seen limited action, to be sure, but Toliver also has some positives the team can build on. He was targeted 18 times last year, and he gave up just one receiving touchdown, so he was pretty solid at keeping opponents out of the end zone. He also allowed a pretty stingy 21 yards after the catch, and he has shown the appropriate amount of aggressiveness necessary to fit in on this Bears defense.

With Burns now out of commission, Toliver will need to whittle down the percentage of passes completed against him, however. He allowed a completion rate of 68.8 percent last year, and that won’t cut it.

Still, plays like this one, where he handles Davante Adams in a one-on-one situation, provide hope.

Kevin Toliver defends a back shoulder fade against A-rod and Devante Adams by keeping contact on the FRONT shoulder before getting his head around and literally using his head. pic.twitter.com/b48PTzrriZ

The injury is a tough break for Burns, who was hoping to rejuvenate his career in Chicago.