Getty Khalil Mack of the Chicago Bears runs a drill during training camp.

Could there possibly be a double dose of Mack for the Chicago Bears this season? We know Khalil Mack will be imposing his will on opposing offenses, but will his little brother LeDarius also make the team’s roster?

The elder Mack met with the media for the first time this season, and shared his thoughts on the team’s underwhelming 2019 campaign and the potential of this Bears defense, among other things — but when J.J. Stankevitz of NBC Sports asked Mack for a scouting report on his younger brother LeDarius, that’s when things really got interesting.

Mack, who usually answers questions with as few words as possible, had more than a couple thoughts about his younger brother’s performance with the team so far, as well as what his role will be.

“He’s jumping out on film,” Mack said. “Very explosive, very explosive. You can tell that he’s talented. Things that [are] gonna affect that decision — it’s gonna come down to special teams. How he’ll be used out there, whatever that may be, but all in all, what I’ve seen, man, I’m proud of him.”

Mack then suggested his little brother has the same playmaking tendencies he does, because, well, it’s a Mack thing.

“He likes to make plays. And I can only think that’s got something to do with the bloodline. I’m not going to take any credit,” Mack added. 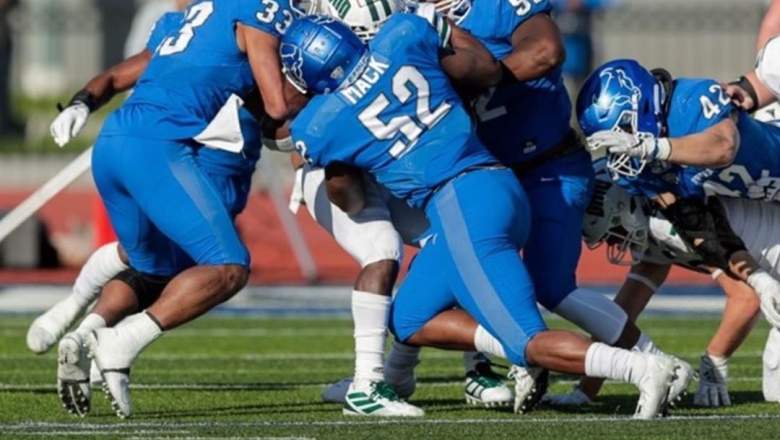 InstagramLB LeDarius Mack of the Chicago Bears will be looking to make the team’s roster.

As Mack said, what LeDarius can do on special teams will make all the difference. But the younger Mack isn’t going to worry about any comparisons to his All-Pro older brother in the meantime.

“I don’t think about comparisons or anything; I just think about taking advantage of the opportunities that are presented to me,” LeDarius said in an interview earlier this year. When he was asked about the differences between himself and his older brother, he listed off a few things: “I’m real versatile with my game; I could be a finesse guy, I can be a hard-nosed guy, doesn’t really matter. Depends on the down and distance, honestly.”

Analyst Rene Ingoglia, who covered LeDarius when he played in college at Buffalo, says that while comparing him to Khalil is unfair, LeDarius has his own set of laudable skills.

“They always want to compare him to his brother. He’s not his brother. Hopefully everybody in Chicago knows that. And that’s tough shoes to fill for the kid. But he’s athletic and he’s a hard worker. Special teams is the way he can make the team, but he’s got potential beyond that,” Ingoglia said.

While it’s not clear whether he’ll make the roster, it’s clear special teams is his way in, and it’s equally clear his big brother is proud of him.

You can watch Mack’s Peloton interview in its entirety below: