A reunion between ex-Vikings star Everson Griffen and Pete Carroll could be in the works.

Sports Illustrated’s Michael Silver reported that the Seattle Seahawks have moved on from Jadeveon Clowney and has an interest in Griffen and former Los Angeles Rams outside linebacker Clay Matthews.

“While the Seahawks appear to have moved on from Jadeveon Clowney, who wants more than they’re willing to pay, the team has interest in two veteran free agent pass rushers: LB Clay Matthews and DE Everson Griffen. A deal could happen soon,” Silver tweeted.

Griffen, who played for the Vikings the entirety of his 10-year career, played for Carroll at USC. Aside from re-joining the Vikings, a reunion with Carroll has been one of the most probable rumors stirring about his 2020 destination.

Window Opened For Griffen to Return to Vikings 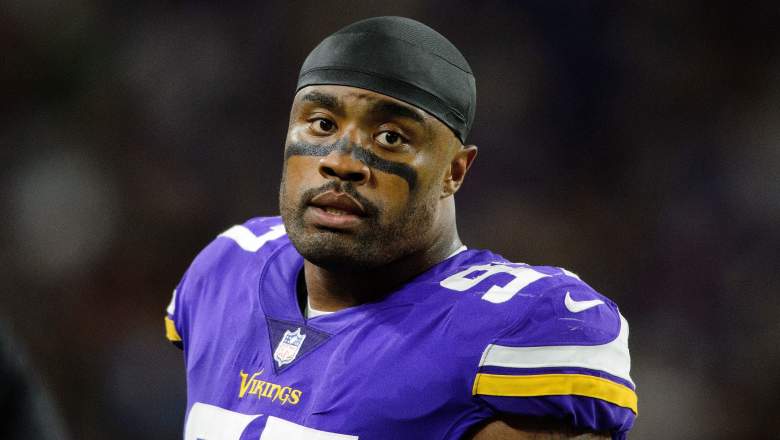 GettyThe Vikings have more cap space to work with in re-signing Griffen.

While Griffen’s return to the Vikings has been called for since he voided his contract, a recent development has freed up more cap space for the Vikings and could be used to give Griffen a reasonable offer.

After a wave of players began opting out of the 2020 season, the NFL allowed that a player’s signing bonus who has opted out won’t count against their team’s cap for this season. Viking defensive tackle Michael Pierce opted out of the 2020 season due to health concerns, leaving a void at nose tackle the team will struggle to fill. The good news is the Vikings absorbed $2 million more cap space that they should use to find a replacement. The Vikings currently have $14 million in cap space.

While Griffen is a pass rusher by trade, he does have some experience playing in the middle of the Vikings defensive front.

While Griffen may not be the team’s sole run stuffer if the Vikings re-sign him, the team has had success transitioning defensive ends into defensive tackles. Brian Robison, lined up in the middle in the latter part of his career. While he isn’t going to plug up the line of scrimmage, his mobility allowed him to funnel rushers to the Vikings weakside linebacker.

If Ben Gedeon makes the roster this season (he’s currently on the PUP list after suffering two concussions last season), it could be scheme the Vikings could thrive with. Gedeon missed just one tackle in the past two seasons.

Griffen is comparable in size and speed to Robison and could serve as a mentor and advisor to the other defensive tackles who work their way into the rotation this season, which seems to be what Zimmer is planning for.

If the Vikings are serious about re-signing Griffen they may have to move quickly amid contract negotiations with Dalvin Cook.