Kevin Jonas has joined the Real Housewives on tonight’s episode of RHONJ. Find out all the info on Jonas’ new career, his wife, and his baby daughter.

1. Kathy Wakile of the Real Housewives of New Jersey Has Hired Kevin Jonas as her Contractor

Jonas is actually RHONJ co-star Kathy Wakile’s contractor on her new house. Wakile is having a new house built in Franklin Lakes, New Jersey and she takes her sister Rosie up to see it. There, they meet and chat with Kevin Jonas. Rosie recognizes the Jonas brother and says, “Don’t you sing or something?” He replies with, “That was my day job. Now I’m doing this.” Rosie jokes to the cameras:

Who’s next to design their landscaping? ‘N Sync? Let’s get Lance Bass in on this shit!

Jonas and Bill Werner of Integrity Stairs of Wyckoff together have created Jonas Werner Fine Custom Homes, LLC, a luxury home construction company for the most discerning clients. This partnership was born out of Kevin’s unique and varied real estate experience and Bill’s high end building expertise and respect in this industry.

Jonas and Werner even have celebrity clients in the New Jersey area.

3. Kevin Jonas’ First Project Was a House for His Wife and Child

Kevin Jonas, the eldest member of pop-rock trio The Jonas Brothers, is starting a construction company near his hometown in New Jersey. His first project: a home for himself, wife Danielle and their new baby, Alena. With their larger, new home constructed, K2 and his family have sold their house at 5 Roleson Way in Denville, NJ, for $1.675 million … Kevin Jonas bought the Roleson Way home for $1.19 million. It has 4,788 square feet, 5 bedrooms and 5.5 bathrooms.

Jonas’ first home with wife Danielle was featured on their reality show Married to Jonas. Danielle Deleasa is Jonas’ wife, and they live together in Wyckoff with their daughter, not far from where Jonas grew up in Teaneck, New Jersey.

4. Kevin’s Brother Was Actually Interested in His Wife Danielle First

When Kevin and Danielle got married, Kevin’s brother Joe talked about how he actually was interested in Danielle first, but Kevin snatched her up. While on vacation, Danielle snagged herself a Jonas brother and her life changed forever. Danielle is a Jersey girl who is very close with her family, which works for Kevin because he’s a Jersey boy himself. The two appear on their own reality show Married to Jonas prior to becoming parents and it showed the couple’s dynamic. Danielle struggled with her own independence and the comments from Jonas fans on her appearance. She eventually became more confident and Jonas showed how much he truly loves his wife.

5. The Jonas Brothers Have Gone Their Separate Ways Since the Band’s Break Up 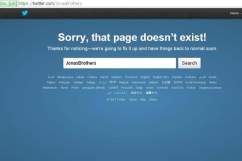 In 2013, Jonas Brothers fans were crushed to hear that the trio were calling it quits. Each brother wanted to try something different, whether it be hosting, modeling, their own music or … construction.

Though the boys have gone their separate ways creatively, the three brothers Nick, Kevin, and Joe are said to still remain close.