The 2019 MTV Video Music Awards airs tonight at 8 p.m. ET/PT and 7 p.m. CT, on MTV, VH1, BET, CMT, LOGO, and several other networks. Comedian Sebastian Maniscalco is set to host the annual event and there is a ton of A-list celebrities in the mix as performers, attendees, and presenters. So, let’s get into the lineup for tonight.

When it comes to who is taking the stage tonight, here is the list of performers for the main show:

For the red carpet pre-show and arrivals segment, which airs on MTV, from 7 – 8 p.m. ET, the performers include Ava Max, Megan Thee Stallion, and CNCO.

The Jonas Brothers’ performance was actually taped ahead of time, in Asbury Park, New Jersey. According to the Asbury Park Press, the performance started at the Stone Pony, carried over to the boardwalk and ended on the waterfront. Nick, Joe, and Kevin Jonas filmed their latest hit “Sucker” inside the Stone Pony and then exited the rock ‘n roll landmark, surrounded by fans. They crossed Ocean Avenue and moved into their new single “Happiness Begins”, before ending their set with fireworks on the beach. Over 8,000 people were in attendance.

In a surprise to viewers, Miley Cyrus will be performing her breakup single “Slide Away”, as reported by MTV. This is her first appearance since her divorce news from husband Liam Hemsworth broke. This is also the first time that Cyrus has performed the song.

Missy Elliott is set to receive the Michael Jackson Video Vanguard Award tonight, so she will put on a medley performance, celebrating her career. In addition to this honor, Elliott was recently inducted into the Songwriters Hall Of Fame in June 2019.

Normani will deliver a performance of her song “Motivation”. New couple Camila Cabello and Shawn Mendes will perform their hit song “Senorita” together for the first time at an awards show as well.

According to Deadline, Queen Latifah, Naughty By Nature, Redman, Fetty Wap, and Wyclef Jean are all teaming up to celebrate the Garden State, as this year’s awards show is held in New Jersey, at the Prudential Center in Newark.

In a recent appearance on Good Morning America, Taylor Swift, who is a top nominee tonight, revealed that she is giving tonight’s opening performance. Swift accidentally revealed, “I’m opening the show, so that’s exciting. I don’t know if I was supposed to say that, actually. But I’ve done it now, so can’t take it back.” And, when talking about her 10 nominations at this year’s show, she said, “It’s really exciting to be nominated, and the fans have been so wonderful. Working with my friends, working with people that I love so much in the ‘Calm Down’ video, especially, is just, like, seeing that get nominated was really a proud moment for me.”

This will be Swift’s first awards show performance since the recent release of her hit album “Lover” and the last time that Swift performed at the VMAs was in 2015, singing “Bad Blood”, according to Forbes. 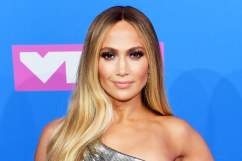 VMAs 2019 Live Streaming: How to Watch the Full Show Online