Now that 2016 is behind us, it’s time to look towards the future of gaming.

When we looked over the landscape of new games hitting consoles/PC in 2017, we spotted a pretty nice lineup of exciting titles. Capcom’s looking to revitalize its long-running survival horror franchise with a complete deviation from its formula. There’s a few big upcoming fighting games that we’re ready to throw hands in. Plus, a bunch of returning franchises and brand new IP’s are looking to make 2017 a year that gamers will look back on with fond memories. The games we’re set to mention should be on your radar.

Let’s get into preview mode and speak on the most anticipated games of 2017.

Resident Evil 6 sapped whatever was left of the good standing Capcom’s survival horror series held at one point. The dedicated devs behind that series clearly knows this, which is why they went back to the drawing board for the 7th official entry. The reveal of Resident Evil 7 biohazard made a lot of fans scratch their heads once it was noted that the game was strictly a 1st-person affair. Now that more info and gameplay has been provided to those curious about it, folks like us have had their interest peak a bit more. The focus on true scares, a lack of items/ammo and a story that hasn’t been fully told yet lends to the mystique of this early 2017 release. We can’t wait to see what the hell that family and their mansion is all about. 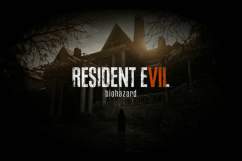 The rumors circulating around a brand new Marvel vs. Capcom was the talk of the internet before last year’s PlayStation Experience. Once Sony hit the stage for their fan expo presentation, the hype was indeed too real. That was the moment when we found out that the next “Vs.” crossover fighter would be dubbed Marvel vs. Capcom: Infinite. This battle between Capcom and Marvel’s most notable heroes/villains will take its mechanics back to the 2v2 basics, place a bigger emphasis on the Infinity Gems and feature more fan favorites. Mega Man X and Captain Marvel have joined the roster as newcomers, while Ryu, Iron Man, Morrigan and Captain America are back for more. Now that we know that Marvel vs. Capcom: Infinite is a thing, we’re so ready to “take it for a ride.”

One of the more unsung action RPG’s from the last-gen of gaming was NieR. If you happened to play it, you either loved it and told everyone around you to give it a chance. Or you hated it with a passion and couldn’t understand why this thing was made in the 1t place. Square Enix hasn’t given up hope on NieR’s enigmatic world and are ready to bring it back for another go-round. But this time, it’s going to be a slick action/adventure game developed by the masters of fast-paced melee gameplay (PlatinumGames). NieR: Automata’s late 2016 demo gave everyone a taste of what’s to come – fast and fluid swordplay, top down bullet dodging, huge bosses, mech combat etc. NieR: Automata might be the saving grace for one of Square Enix’s lesser known IP’s.

PlayStation’s marsupial mascot from the 90’s hasn’t been featured in a platformer dedicated to him in a very long time. Ever since he’s been sold to Activision, Crash has been featured in mediocre games that haven’t been as good as his 1st three adventures. Sony knows just how much people love Crash’s PlayStation games and are ready to update them for past/modern audiences. Crash Bandicoot N. Sane Trilogy is a dream situation that’s become something we can actually play this year. Crash Bandicoot, Cortex Strikes Back and Warped have all had their visuals updated, plus all three games will feature welcome changes that modernizes them for today’s gamer. The unified checkpoints, pause menus, and manual/automatic saving mechanics featured in Warped will now become a part of the other two games and make them even better than before.

Could this be the year that Cuphead FINALLY releases? We think so! Studio MDHR have been toiling away on this game for a good while now and it shows. This side-scrolling shooter’s 1930s animated sheen looks like it’s pretty hard to animate, so we totally understand why Cuphead is still in development. But the mid-2017 release period for the game looks like it’ll come to fruition. Cuphead’s on our radar because of its stunning visuals, of course. But we’re also hyped for it due to its tough as nails platforming, couch co-op, new side scrolling stages and daunting boss fights. This indie gem is one of the shining stars of the 2017 release schedule for the Xbox One/PC.