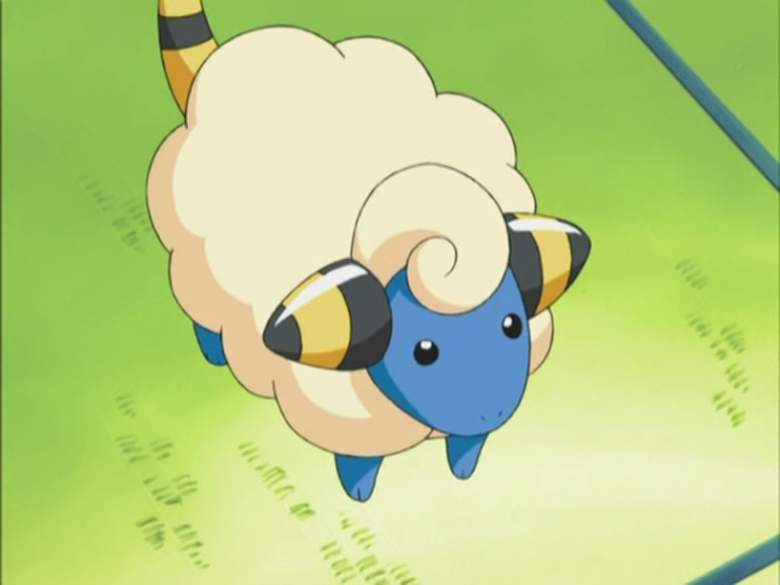 Where is Mareep in ‘Pokemon Go’? (Pokemon Wiki)

Among the rarest of the second generation of Pokemon in Pokemon Go is Mareep, an electric type that was added to the game in the February update. So where can be Mareep be found in the wild, and what eggs does it hatch from?

Thus far, players have generally found that Mareep spawns in desert biomes. That means you would find it in the same areas where you would find Chansey, Mankey, Geodude, Rhyhorn, Ekans, Meowth, and Growlithe. As you would expect, Flaaffy also spawns in this area, and oddly enough, a lot of players have actually caught Flaaffy before they caught Mareep.

After desert biomes, Mareep also appears to spawn somewhat frequently in mountain biomes. These would be areas where Dragonites, Clefairys, and Nidorans are typically found.

This is not to say that Mareep can never spawn in any other biomes; in fact, players have reported seeing Mareep basically all over the map. But it generally seems to spawn at a higher frequency in desert biomes and mountain biomes.

Unfortunately, there do not appear to be any Mareep nests anywhere in the game at this time.

If you aren’t finding any Mareep in the wild, you could always try your luck with eggs, as Mareep can hatch from 10 kilometer eggs.

When the second generation of Pokemon was released, a lot of players were actually surprised at how uncommon Mareep was. Usually the rarest Pokemon are the most high-powered ones, but that isn’t really true of Mareep. Some fans have even speculated that Mareep might be so rare because Niantic is going to increase its spawn points as part of an upcoming Easter event.

In addition to Mareep, Larvitar has been one of the most difficult Pokemon to find in Pokemon Go‘s second generation; this one is primarily found in mountain biomes, in addition to sometimes popping up in desert biomes.

Read More
Android Apps, Android Games, iPad Apps, iPad Games, iPhone Apps, iPhone Games, Mobile Games, Pokemon, pokemon go
Mareep is one of the rarest second generation Pokemon in Pokemon Go. Here's where you can catch it and how you can hatch it.