On top of the Fortnite Device live event resulting in the destruction of The Agency, another major change is the storm itself changing to a massive tidal wave instead.

There’s a lot to unpack for sure, such as seeing Jonesy talking directly to the player, but let’s focus on some gameplay elements first. This new storm certainly is something.

It acts the same way as the old one did, with players taking damage, but instead of being to heal or fight like you used to, it now acts in a very unnatural way.

You’ll have to swim to the zone instead of running and there seems to be no rhyme or reason behind how it works. You will not be able to shoot a weapon in the storm anymore.

Sometimes you’ll be shot high up into the storm and spit out without the chance to deploy a glider, or you’ll have a massive speed increase that will shoot you out of the side. It looks like it’ll be hard to avoid taking fall damage coming out of it, which is quite an interesting change and makes it that much more important to avoid being caught out in no man’s land.

One thing is for certain and it’s that it doesn’t look like players will be able to camp in the storm anymore and snag some easy eliminations. It looks like the storm will be more dangerous to hang out in that ever going forward.

Will Season 3’s Storm Be The Same? 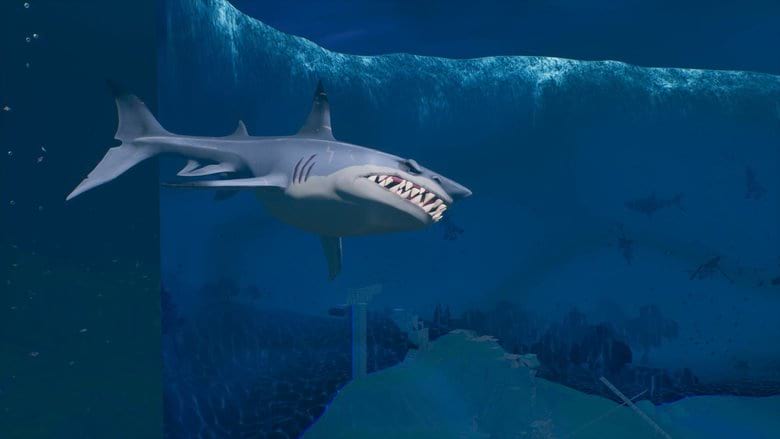 Epic Games via ShiinaBRSharks are in the storm.

Since this event has seemingly confirmed the leaks about the map flood, it’d be surprising to see Epic get rid of this new storm mechanic.

It will be interesting to see how the pro scene reacts to this as a lot of fights do take place in the storm or at the edge currently, and this will certainly end up shaking up the meta in a huge way.

For casual players, this will be just the latest way Epic Games changes up the way we all play Fortnite, and it’ll be exciting to see how it all plays out.

Could This Lead Into Season 4 Already?

If the water storm stays this way the duration of Season 3, there are numerous ways we could see this tying into the next season already.

The easiest thing to imagine is the waves crashing in and wiping out all of the locations, but that could also happen for the start of Season 3.

Epic Games has left themselves in a very good position to change the game as we know it.

Fortnite Season 3 can’t come soon enough. Look for it to arrive June 17 on all platforms.