If you’re somebody out there in Fortnite who likes to use the Grab-itron, then this new bug might be something you want to give a try.

As it stands right now, not many people find uses for this gun and it ends up being a useless inventory spot. However, if you’re able to hurl an object at an enemy and get an elimination, it almost always makes for a good clip.

What you might not know about this gun is that it could be used to solve you and your squad’s looting problems.

If you’re fighting over who gets the Purple Pump or the SCAR, what if you just made the decision for them? By using the Grab-itron, you can just drop any weapon you want off  the face of the map. This probably won’t make you any new friends, but it’s definitely a funny solution to a problem.

Here’s how you can replicate the bug for yourself.

In a video clip by Reddit user wastedwagon, you can see the exact method that needs to be replicated to pull off this bug.

If it wasn’t clear from the video alone, you can read the step by step process laid out by wastedwagon right here:

It’s a fun thing to try out for sure, but it doesn’t seem like it’ll be something that leads to a win on its own. One thing you could try is hiding loot that is good but that you aren’t able to carry at the moment.

For example, why leave a big shield behind when you can just stash it underneath the map? Just something to think about and it could actually prove to be useful. Remember, making sure your enemies don’t get loot is always a viable method to win. 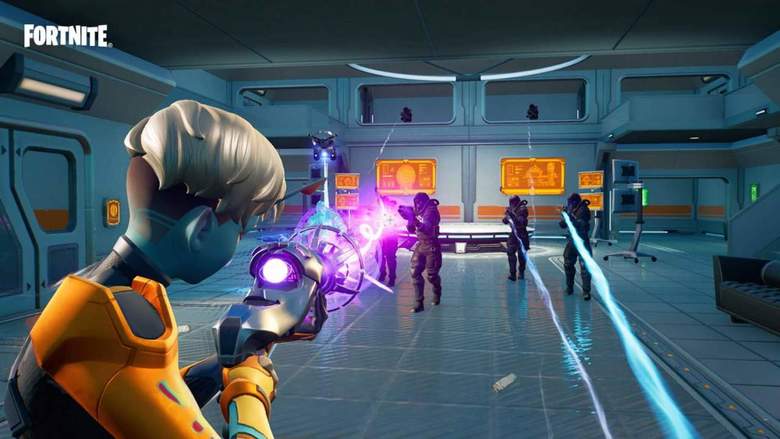 Basically, the thing you’ll want to do with this bug is hide loot or use it sparingly. There’s no sense trolling your friends with this strategy because it’ll just end with some people getting upset.

On the other hand, the end of the season is fast approaching, so feel free to test out new things like this. There’s a good chance that the Grab-itron and many of the other alien weapons will not be making the leap to Season 8.

If you’re a fan of these weapons, then you only have about a week left to do so before they potentially disappear for good.

The new season will more than likely come with a brand-new set of weapons to go with the current staple. Something that could happen is yet another shake up to the shotgun meta because that’s something Epic likes to do. We’ll just have to wait and see what they have in store for us.