Bryan Oliver, the 16-year-old shooter allegedly behind last week’s school shooting in California, is being charged as an adult.

The Associated Press reported that Oliver will face two counts of premeditated attempted murder, as well as three counts of assault with a firearm. The Kern County district attorney announced these charges against the teen earlier today.

Oliver was scheduled to be arraigned today at 3 p.m. PST.

It was just the factors of the case. The severity of the actions, the injuries to the victim, that a firearm was used. Those are the things we considered. The potential penalty for just one count of premeditated attempted murder with a firearm is 32 years to life. If he had been charged as a juvenile and convicted, he would be held until his 23rd birthday. 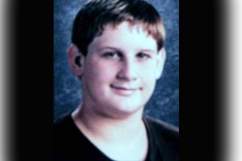 Loading more stories
wpDiscuz
0
0
Would love your thoughts, please comment.x
()
x
| Reply
The bullied boy who shot his enemy with a shotgun will be tried as a man.