Brett Shadle, 31, has been named as the US Navy Seal Team 6 member tragically killed in a parachute accident Thursday, reports Penn Live.

Shadle was originally from Elizabethville, Pennsylvania. He was a husband and father of two. An avid soccer and basketball player, he still holds goal and points records for his high school, Upper Dauphin Area in Pennsylvania, where he graduated in 2000. 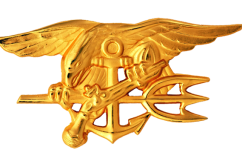 Lt. Cmdr. Dave McKinney said that he could not comment on operations or missions that Shadle may have participated in for SEAL Team Six, including the killing of Osama Bin Laden in 2011.

Loading more stories
wpDiscuz
0
0
Would love your thoughts, please comment.x
()
x
| Reply
Shadle was a husband and father of two.