Police have captured paroled convict and accused grandparents-killer Michael Boysen at a beach motel room in Oregon, where he is was holed up since 11 a.m. on Tuesday, reports the Seattle Post Intelligencer. The suspect is believed to have slain the couple when he was released from prison after serving nine months of a 16-month sentence. He is in critical condition with a self-inflicted wound. Here’s what you should know about Boysen and his capture.

The bodies of Robert, 82, and Norma Taylor, 80, were found by their daughter in their Renton, Washington home.

1. Michael Boysen Allegedly Killed His Grandparents
The bodies of Robert and Norma Taylor were found by their daughter around 7 p.m. on Saturday in their home near Seattle after a relative called her concerned when the elderly couple didn’t answer their door. The killer is believed to be the murdered couple’s grandson, Michael Boysen. King County Sheriff John Urquhart reported on Monday that the suspect did not have a gun, but he did not say how the couple were murdered.

2. He Was Just Released from Prison
Boysen, 26, was just released from serving nine months of a 16-month sentence for a 2012 conviction of residential burglary. The suspect was picked up from Monroe Correctional Complex on Friday by his grandparents, who hosted a welcome home party for him the same night. The couple were last heard from at 10 p.m. Friday when Norma sent out text messages to family members thanking them for coming after they had left the party.

4. The Rest of His Family Was in Hiding
The rest of Boysen’s family were placed under protection of the police to ensure their safety until he was captured.

5. A Motive is Unknown

“Between the family and detectives we have no idea,” King County sheriff’s Sgt. Cindi West said. “It’s just bizarre. The family loved and supported him the whole time he was in prison.”

6. Boysen Served Jail Time Before
The suspect had reportedly served time in jail between 2006 and 2011 for four robbery charges related to an addiction to narcotic painkillers.

Police had the Westshore Oceanfront Motel after a clerk tipped them off that Boysen was staying in a room.

7. He Was Looking for Guns
Investigators discovered that Boysen used his grandparent’s computer to search for gun shows across the Pacific Northwest and Nevada. Authorities believe he was looking for guns for a possible rampage. Gun shows are known for relaxed background checks.

8. Police Surrounded a Motel in Oregon after Receiving a Tip
Boysen was holed up in a beach motel at WestShore OceanFront Suites in Lincoln City, Oregon. A clerk at the motel tipped off police after recognizing the suspect from a TV news show on Tuesday morning. Boysen even registered for the room using his own name. Police had the room surrounded and had the building evacuated.

9. Police are Tried to Peacefully Lure Him Out
Police were trying to peacefully lure Boysen out of the motel room since about 11 a.m.

“There is no need to go in there after him. He’s by himself,” Lincoln City Police Chief Keith Kilian told The Oregonian.

10. Cops Eventually Stormed the Room and Captured Boysen
Police stormed the room and captured the suspect on Tuesday evening. Boysen is said to be in critical condition with a self-inflicted wound. 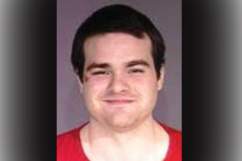