Source: Body left Worcester funeral home before midnight, has been buried out of state in plan approved by uncle Ruslan Tsani.

Twenty days after he was killed in a shootout with cops, “Boston bomber” Tamerlan Tsarnaev has finally been laid to rest.

Several cemeteries in three states refused to accept the corpse of the accused domestic terrorist, and there was even talk of shipping the body to Russia.

But today FoxBoston.com reports that Tamerlan’s body has been moved from the city of Worcester, Massachusetts, and buried in an undisclosed location.

Under cover of darkness, a hearse whisked away the bomber’s body at 3 a.m. this morning from the Graham Putnam & Mahoney Funeral Parlor, which has been under armed guard as Tamerlan’s family desperately searched for willing cemetery.

A courageous and compassionate person came forward to provide the assistance needed to properly bury the deceased.

The name of this “compassionate person” was not disclosed.

Earlier this week, a retired Vermont teacher offered up a spot in his family’s plot at the Mount Carmel Burying Ground in Hamden, Connecticut — but there was little chance the offer would be accepted by Tamerlan’s uncle, Ruslan Tsarni, who was seeking a rural location isolated from vandals.

The Boston Globe reported today that the resting place is “somewhere outside of Massachusetts.” 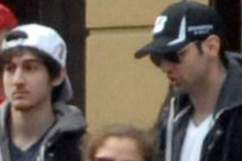 Boston Bomber Was on Welfare — Did Taxpayers Fund His Radicalization?