Police in Bristol, Connecticut, have found the silver Chrysler 300 that cops in Boston had been searching for in relation to Odin Lloyd’s murder on June 17.

The Globe’s sources say Hernandez rented the car for alleged accomplices Carlos Ortiz and Ernest Wallace to get out of town. 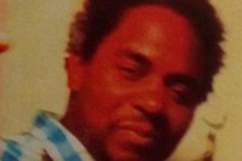 The car was spotted outside a Bristol apartment complex late on June 27. The car, which is a rental with Rhode Island plates reading: 451-375, is believed to have been driven last by Wallace, 41. Wallace was wanted by Boston police as an accessory after-the-fact in the murder Lloyd, and was captured today in Florida.

Local media in Bristol had bombarded their broadcasts with pictures and information about the car last night, after which a resident noticed it sitting outside their building. The building is about one mile away from the home of Carlos Ortiz, who was arrested in Bristol on June 26 on a probation violation.

Ortiz is being extradited back to Massachusetts as of June 28, he’s accused of possessing a firearm while out on probation.

The car is believed to have been there since late on 21 June. Aaron Hernandez is being held without bail for the murder.