The trial of infamous mobster James “Whitey” Bulger, 83, has begun in Moakley U.S. District Court in South Boston, as the city finally found 12 impartial jurors from a pool of over 800, to decide if the Bulger, who was once the most wanted in the United States, is guilty of any, or all, of the vast array of charges he faces.

Bulger, famed throughout the world, for his evasion of capture from federal authorities for 16 years as he Crisscrossed the country, to avoid charges of racketeering that were facing him and members of his infamous Winter Hill Gang.

Here’s What You Need To Know…

1. The Most Awaited Trial in Boston’s History Began Today

Bulger’s attorneys and prosecutors had a pool of over 800 people to choose from to form a 12 person jury, they selected 18 in total, leaving six alternates. The judge on the case, Honorable Denise Casper, expects the case will receive high media attention and to last around three months. Each potential juror has been questioned individually. It was hoped the jury selection would be completed by Friday, but it took until Monday 10 June, allowing the trial to begin today, June 11.

The doors of court were opened at 8:15 a.m. but people had queued since dawn to get access to the public gallery.

This is not like a glamorous mafia trial, with silk suits and flashy, expensive watches. Bulger wore high-top sneakers, a green shirt, and jeans. In the section reserved for Bulger’s family and well-wishes, his younger-brother, John “Jackie” Bulger sat there alone.

Whitey’s wearing a plain green shirt and jeans. He looks like he just got off a shift as a greeter at Walmart. #bulger

3. Judge Denise Caper Told the Jury to Stick to the Facts

With so-many myths and conjecture ripping around Boston, and beyond, about Bulger’s exploits and celebrity, Judge Denis Caper told the jurors:

You and you alone are the judges of the facts, you must decide the case based on the evidence that you see, and hear, in court.

4. Prosecutors Told the Jury They Would Be Hearing From a lot of Murderers

Proceedings today began at around 9:30 a.m. when Prosecutor Brian Kelly told the members of the jury:

It’s a case about organized crime, public corruption, and all types of illegal activities… [Bulger] did the dirty work himself, because he was a hands-on killer.

Kelly told the jury about one murder, that of safe-cracker “Bucky Barrett,” who was brutally murdered on Bulger’s orders while Whitey took a nap. Kelly said:

All of these murders were committed to promote Bulger’s criminal enterprise. It was crimes like these that made Bulger and his gang wildly feared.

5. Whitey Was Not Just Famed as a Murderer

Drugs formed a huge-part of Bulger’s operation, something Kelly was keen to stress. Bulger’s Winter Hill Gang specialized in cocaine distribution throughout the 80’s. Kelly told the court that drug dealers in Boston were “terrified” of Bulger’s gang and the repercussions they might face if they didn’t play by Whitey’s rules. It’s alleged that Bulger made “millions” from the drug.

6. Then it Was Whitey’s Lawyer’s Turn

Bulger’s attorney, J.W. Carney, began by telling the court that there is no way his client could have been an FBI informant:

The worst thing an Irish person could consider doing was becoming an informant.

Then Carney turned his attention to the FBI manhunt that ensued for so many years to find Bulger, he claimed that Bulger wasn’t evading law enforcement in Southern California, where he was arrested, but living there, with Carney claiming the FBI never really tried to find him.

Carney took the opportunity to discredit many of the witnesses, whom Kelly referred to as “murderers,” Carney said:

Would you believe them beyond a reasonable doubt?

7. There Was Only One Witness Called on Day One

There was only time for one witness today due to the length of the opening stages. That witness was retired Boston Police Department Detective Robert Long, who was called by the prosecution. Long spoke about his involvement in “Operation Lobster” in 1979 until 1980. The purpose of that plan was investigate the organized crime elements behind a string of truck hijackings in Massachusetts. The court was then showed surveillance pictures of Bulger with high-ranking New England mafia figures.

8. Bulger is Facing a Life Sentence

Each charge that Whitey faces could carry anywhere from 25 to life in prison with the possibility of parole or without. The likelihood of him serving even one of those life sentences would be miraculous seeing as though as the average life expectancy in the United States, according to Social Security is 84, which means Bulger, is about to be on borrowed time.

The other charges such as racketeering vary in jail time but other examples of cases similar to Bulgers such as the Gambino case, Could get anywhere from 30 to 50 years.

But Bulger has several high profile witnesses speaking on his behalf: FBI Director Robert Mueller, former Gov. William Weld and U.S. District Judge Richard Stearns, all of whom worked in the U.S. attorney’s office in Boston during a time when Bulger claims he received immunity from another federal prosecutor in the office, according to US News.

Judge Denise Casper is allowing Bulgers 700 page informant file into evidence. The doc claims to prove Bulger’s co-operation with the FBI in helping to the feds shut down the New England Italian mafia. This was all being done while Bulger was leader of the Winter Hill Gang. Bulger’s lawyers deny that he was an informant but had planned to use his immunity from a federal prosecutor as a defense at his trial, according to FOX News. 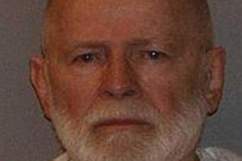 Whitey Bulger’s ‘ Had a License to Kill’ Defense Fails

Known to some as a “Robin Hood” figure in Boston’s underworld, the prosecution believe that Bulger ran the working-class neighborhoods of the city like a tyrant. An alleged all-conquering boss who rose to provenance in the 1970s and became leader of the Winter Hill Gang. Prosecutor Brian Kelly will attempt to prove during this trial that Bulger used his contacts, through being an informant, with FBI Agent John Connolly, to evade capture in late 1994 and go on the run for nearly two decades.

Bulger’s contacts stretched even further, with his brother William being a former Massachusetts state senator, who upon his retirement was appointed as the President of University of Massachusetts systems.

Whitey escaped in December 1994, disappearing after a tip off from Connolly about impending RICO Act indictments that were to be handed down to Bulger and members of his gang. While he was on-the-lam, Bulger spent time as the the most wanted man in America.

She was caught with Bulger in Santa Monica, California in July 2011. Greig was subsequently charged with and pleaded guilty to conspiracy to harbor a fugitive, identity fraud, and conspiracy to commit identity fraud. She is serving an eight year prison sentence.

In 2006, the Oscar-winning movie The Departed was made by Martin Scorsese, it starred Jack Nicholson as “Frank Costello,” a character heavily based on Bulger. It drew specifically on the allegations that Bulgers was a turncoat to members of his own organization by supplying information to law-enforcement.