He may have been a highly respected professor in Los Angeles, but Walter Lee Williams is suspected of some grotesque sex crimes abroad. Just one day after being placed on the FBI’s 10 most wanted fugitives list, Williams was found and arrested by Mexican authorities in the resort city of Playa del Carmen while he was unsuspectedly enjoying a cup of coffee near a park. Williams was wanted on charges of sexual exploitation of children and traveling abroad for the purpose of engaging in sexual acts with young boys.

Here’s what you should know about this twisted case of an alleged prof-turned-pedophile.

1. He was a Tenured Professor at University of Southern California

Sixty-four year old Williams was a tenured professor at the revered University of Southern California.  In fact, he was even given an “Outstanding Teaching Award” in 2006. According to his Linkedin page, Williams has published ten books. He also says he has taught English as a new language in Thailand, Indonesia and cambodia. Williams has a blog called ‘English Easy Learning‘.

USC has given an official statement in response to Williams’ suspected crimes:

The FBI has informed us that at this time there is no evidence that any of his alleged illegal activities were associated with the university or took place on campus.

2. He Was Arrested in a Mexican Resort City

It is unknown how long the fugitive had been living in secrecy in Playa del Carmen. Williams apparently had a residential address in nearby Cancun. After he was arrested he was taken back to this residence where he was turned over to Mexican immigration.

It is not known if he is suspected of committing any crimes in Mexico.

3. He Traveled to the Philippines in 2011, Allegedly to Have Sex with Boys

Williams traveled to the Philippines in January 2011 to engage in sex acts with two 14-year-old boys he met online in 2010, the U.S. Department of Justice said. While in the Philippines, Williams allegedly engaged in sex acts with both boys and produced sexually explicit photos of one of the children. Williams met the two boys online and engaged in sexual exchanges via webcam before traveling to meet them.

The Professor fled the Los Angeles area approximately one week after returning from the Philippines.

4. He Specialized in Gender Studies, History and Anthropology

According the the USC Directory, Williams — A North Carolina Native — was a professor of anthropology, history and specialized in gender studies at USC. Courses that he has taught included ‘History of Gender and Sexuality’ as well as ‘Transgender Studies’.

He held his position at USC until February 2011, when he fled to Mexico.

5. At Least 10 Alleged Victims in South East Asia Have Been Identified

According to the FBI, at least 10 alleged victims between the ages of 9 and 17 have been identified.  Using academic research as a guise, Williams traveled to the Philippines and other places in South East Asia to sexually exploit young boys.

“Williams has an extensive history of travel throughout the South East Asia region, specifically the Philippines,” the FBI said. “He has reportedly resided in Indonesia, Polynesia and Thailand.”

According to Special Agent Jeff Yesensky, “He preys on the most vulnerable children.”

6. Williams Was Added to the FBI’s Most Wanted List the Day Before He Was Captured

Just one day after the FBI placed Williams on the FBI’s Most Wanted List, Mexican authorities located and arrested the former USC professor. Walter Lee was the 500th person named in FBI’s Ten Most Wanted fugitives. Of those 500, 469 have been apprehended or located and 155 fugitives were found with the help of the public. 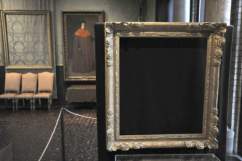 7. Child Pornography was Found on His Computer and Camera

The FBI analyzed Williams’ computers and camera in which child pornography was found. Before traveling to the Philippines in 2011, he met the victims online and allegedly engaged in sexual activity via webcam sessions. During these sessiosn he expressed a desire to visit them in the Philippines to have sex. He apparently produced photos of the encounters which he brought back to L.A.

8. Past Students Describe Him as “Passionate”, “Smart” and “Boring”

According to Professor reviews pulled from Ratemyprofessors.com, students held very mixed opinions on Williams. While some students gushed about his “passion” “knowledge” and “interesting stories” others expressed their distaste for his “tangential personal anecdotes”, “inaccurate history” and rambling.” One review even mentions that Williams would show slideshows of his Indonesian travels. The same review said they “would not recommend if it were the last class on earth.”

9. He Was Affiliated With the Buddhist Universal Association

He was affiliated with a religious organization known as the Buddhist Universal Association. ACcording to their website, BUA is “a worldwide organization of progressive Buddhists from different backgrounds and ideologies….We welcome value, and appreciate people of all ages, sexes, gender identities (including a person’s choice of gender presentation), sexual orientations, abilities, races and ethnicities.”

10. Williams is a Fulbright Award Winner

Williams graduated from University of North Carolina at Chapel Hill with a Ph.D in History and Anthropology. While he was there, he was part of the debate team and the History Club President. He was a Fulbright Award Winner where he traveled to Gadjah Mada University in Indonesia. The Fulbright program is a highly competitive, merit based educational exchange program. Fulbright is one of the most prestigious awards programs worldwide.

According to his Linkedin, other awards include the Ruth Benedict Award from the American Anthropological Association, The American Library Associations “Best Book Award.” He was also recognized for his work with the gay and lesbian community. 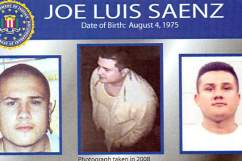 One of FBI’s Most Wanted Fugitives Captured in Mexico