Alexis Murphy, a 19-year-old female from Virginia, is still missing despite the recent arrest of her accused abductor, Randy Allen Taylor. The teen would be starting her first day of school today, but her whereabouts are still unknown.

Here’s what you should know about Alexis Murphy and her disappearance.

1. Alexis Was Last Seen At A Gas Station on August 3

Alexis Murphy was last seen on this surveillance footage at a Liberty gas station. (FBI)

Alexis Murphy was last seen on a gas station security camera at 7:15 p.m. on August 3 in Lovingston, VA, and according to the Huffington Post, her accused abductor, Randy Allen Taylor was also seen on the video. Police found Murphy’s white Nissan Maxima in Carmike Cinemas parking lot three days later in Charlottesville, VA. Those two locations are over 35 miles away from each other.

One witness said he saw Taylor watching people from his vehicle in the Lovingston Food Lion parking lot, which is across the street from the gas station where Alexis was last seen.

According to the NY Daily News, Murphy’s family believes she could have been taken while she was heading towards Lynchburg to get her hair done for her school portrait.

2. Randy Allen Taylor Was The Last Person To See Her

Police arrested 48-year-oldRandy Allen Taylor on Tuesday in connection with Murphy’s disappearance. He is being held without bond.

As friends, family and law enforcement continue to search for Murphy, deputies brought Taylor in to Nelson County Juvenile and Domestic Relations Court to face a judge for an advisement hearing on Tuesday. Judge Kenneth Farrar read him the felony charge he faces in connection with the disappearance of Murphy. He is charged with her abduction.

“We continue to seek information from anyone who may have seen anything of interest on the day of Alexis’ disappearance,” Special Agent in Charge of the Richmond Division of the FBI Jeff Mazanec said. “We are also looking for any information the public may have regarding suspect Randy Taylor prior to the disappearance of Alexis on Aug. 3 and anything regarding his activities or involvement that might prove helpful to this investigation.”

Taylor’s court-appointed lawyer, Michael Hallahan has maintained his client’s innocence, and that the disappearance of Alexis Murphy is drug-related. The surprising development, reported by ABC News, outlines an alternative narrative where Taylor did approach Murphy at the gas station to ask whether she knew where he could purchase marijuana. The defense claims that she said she “knew a guy,” according to NBC. Police found one of Murphy’s hairs in Taylor’s trailer, which sparked Taylor’s arrest warrant. The accused claims the drug deal went down in the trailer with a drug dealer described as “a black male in his early 20s, wearing cornrows and driving a 1990s sedan with 22-inch rims.” Hallahan has also said that his client did meet the missing teen a month before, where he was working at a car wash. He claimed Murphy started talking to Taylor after she noticed he was smoking marijuana. 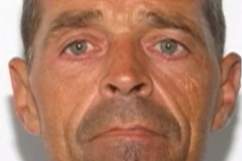 3. Murphy Has A Full College Scholarship for Volleyball

Alexis Murphy is a senior high-school student. She has a full-scholarship to play volleyball next year while pursuing her post-secondary education, according to the Huffington Post.

Her school volleyball team just had their first practice without Murphy. Murphy, who played forward, was set to be the team’s captain in the up-coming season, according to NBC 29. Murphy was actually at volleyball camp the week before her disappearance.

“She’s a good kid and has never been in trouble with the law,” Alexis’ mom said.

4. Police Have Footage Of Randy Taylor In A Sex Store Close To Where Murphy’s Car Was Found

According to The Daily Mail, police are now examining security camera footage of Randy Allen Taylor in an “adult store” located roughly two miles, or a six minute drive, away from the parking lot where Alexis Murphy’s car was located.

5. Police Are Looking For Public Assistance In Locating Alexis Murphy

Although authorities have arrested Murphy’s suspected abductor, they’re still the matter of finding Alexis and returning her home. Police and Alexis’ family are looking to the public to aid their search for their missing daughter.

Authorities describe Alexis as a 5-foot-7 African American female, weighing 156 pounds. She was last seen wearing a floral spandex pants, brown boots, and a pink blouse. She was also carrying a gray purse or hand bag. Additionally, her right nostril and the left side of her upper-lip are pierced, according to the NY Daily News.

FBI Special Agency Jeffrey C. Mazanec from the bureau’s Richmond Field Office, spoke to the media to emphasize the important of assistance from the public, “especially when time is of the essence and the area to be searched is so extensive and comprised of such challenging terrain.”