George Zimmerman, the acquitted killer of Trayvon Martin, was arrested today and charged with assault and battery after a domestic disturbance in Apopka, Florida, where he allegedly pointed a gun at Samantha Scheibe and barricaded her from returning to her own home.

“There’s a woman in there!” shouted Shellie Zimmerman on the 911 tape heard throughout the nation, as a violent “domestic dispute” unfurled in front. The dispute was originally alleged to have involved George Zimmerman and his father-in-law, with the acquitted murderer accused of punching David Dean on the nose. The “woman” that Shellie Zimmerman is referring to is believed to be Samantha Scheibe. She’s 27 years old and is being referred to as George Zimmerman’s “latest babe,” reports The Daily Mail.

1. Scheibe Confirmed Zimmerman Had Guns With Him on Tuesday

Scheibe refused to give a formal statement to police regarding the domestic incident at Zimmerman’s in-laws’ home on September 10. She did say that there were guns in the truck that the couple were traveling in. It’s reported that both Zimmerman and Scheibe have licenses to carry firearms. Also accompanying the couple was Zimmerman’s 400-pound bodyguard.

2. According to a Friend, the Two Are Just Friends

There is no confirmation on the exact relationship between Scheibe and acquitted Trayvon Martin murderer. But a friend, Wesley Robinson, told The Daily Mail that Zimmerman and Scheibe are “just friends.” According to Robinson, the he, George Zimmermand, and Scheibe have known each other since high school.

3. Shellie Zimmerman’s Lawyer Has Hinted That George Zimmerman Was Unfaithful

Shellie Zimmerman’s lawyer has said that all of George’s infidelities would “come out in the wash.” Since his acquittal on murder charges, it’s been widely reported that Zimmerman has been AWOL. Rumors of a divorce between George and Shellie began to surface in August with Shellie famously telling ABC News that since his acquittal, George had felt “invincible.” 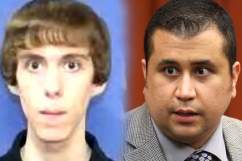 4. This is the Second Zimmerman Infidelity Story This Week

Earlier this week is had been widely reported that Zimmerman was now together with his former fiancee, Veronica Zuazo. In the past, Zuazo had filed a restraining order against George Zimmerman after their engagement was broken off. Zimmerman countered with his own restraining order claiming that Zuazo attacked him after he refused to spend the night with her. 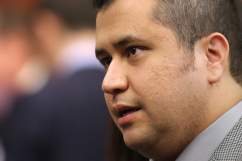 5. Scheibe is a Florida Native

The Daily Mail report states that Scheibe lives just a “few moments drive” from where all the action happened on Tuesday. She was born on the 26 April 1986.

Loading more stories
wpDiscuz
0
0
Would love your thoughts, please comment.x
()
x
| Reply
Schiebe is believed to be the woman who accompanied Zimmerman during his alleged domestic dispute with his estranged wife.