Just in time for your favorite fall programing, Time Warner Cable announced that it has reached an agreement with the CBS broadcasting company and will begin carrying their channels.

The “CBS” blackout, which affected costumers in New York and Los Angeles, occurred exactly one month ago when CBS and Time Warner Cable came to a disagreement over re-negotating contracts. Among those networks coming back are CBS, Showtime, CBS Sports, and the Smithsonian Network. You can see CBS’s statement below.

The CBS programing will return to broadcasting over Time Warner Cable starting at around 6 P.M. EST August 2. 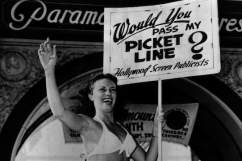 Read More
Breaking News, Television
One month after the "CBS" blackout which left Time Warner cable costumers without CBS channels over a contract disagreement, the two companies have come to an agreement.