Erick Gelhaus, 48, has been named as the sheriff’s deputy who shot 13-year-old Andy Lopez in Sonoma County, California, on October 22, reports The Santa Rosa Press Democrat.

Lopez was shot while he carried a replica assault rifle during the afternoon of October 22. His family says he was walking to his friend’s house. The sheriff’s department said that Gelhaus, and his unnamed partner, chirped their siren and demanded Lopez drop his “weapon.” When Lopez did not respond, Gelhaus opened fire, his partner did not shoot. The boy was pronounced dead at the scene. Both deputies have been placed on leave pending an investigation. The FBI have also announced that they are conducting their own investigation into the events.

Here’s what you need to know about the man who pulled trigger:

Gelhaus is an adjunct instructor for a number of gun-training centers. Including the Arizona based Gunsite Academy, a business that offers weapons training to law-enforcement as well as “free citizens of the U.S.”

His LinkedIn page cites that he worked for Aimpoint, a company that develops sighting technology for firearms. Another regular job for Gelhaus is as a writer for Modern Service Weapons and SWAT Magazine. In 2008, he wrote in SWAT:

Today is the day you may need to kill someone in order to go home. If you cannot turn into the ‘Mean Gene’ for yourself, who will? If you find yourself in an ambush, in the kill zone, you need to turn on the ‘Mean Gene.’

According to a profile on the website for 10-8Consulting.com, where Gelhaus is listed as a firearms instructor, he joined the company after returning from Iraq where he was fighting in the “Global War on Terror” and led an infantry squad. His LinkedIn page says that he was in the US Army and the National Guard.

The Press Democrat reports that he supervised a heavy weapons squad. During his time serving in Iraq, Gelhaus testified against suspected insurgents. 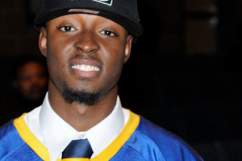 3. Gelhaus Has Been With the Department Since 1989

He has been a sheriff’s deputy since 1989. During that time he’s worked in patrol, gang enforcement and drug investigations. He’s also listed on his Gunsite profile as an instructor who is also an “avid hunter” in both North American and Africa.

Back in 2004, Sonoma County awarded Gelhaus the Medal of Valor when he pulled a group of people from a burning car. 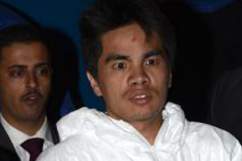 5. He Wrote Publicly About How to Deal With Suspected BB Guns

Writing under his real name on the forum The Firing Line, Gelhaus wrote under a thread entitled “He’s got a gun! … A bb gun…” that:

It’s going to come down to YOUR ability to articulate to law enforcement and very likely the Court that you were in fear of death or serious bodily injury. I think we keep coming back to this, articulation — your ability to explain why — will be quite significant.