Jordan Lewis was just 15 years old when he took his own life on October 16, reports St. Louis Today. Prior to shooting himself in the chest with a shotgun, Lewis had told a friend he couldn’t take the bullying anymore. Now Lewis’ father, Brad, has launched a viral campaign, searching for answers as to why his son took an unthinkable step and ended his life.

1. Just Hours Before Taking His Own Life, Jordan Lewis Watched a Video About Bullying

On October 16 Lewis took part in a seminar about the prevention of bullying in school. At the end of the presentation, a video was shown to the sophomore class. In the film, a student, tired of the bullying he suffers, takes his own life. Lewis’ father, Brad, is furious at the notion that the school may have put the idea of suicide into his son’s head.

Jordan Lewis’ friend, a girl who has not been identified, told her grandmother what Lewis had told her following the bullying presentation. Her grandmother contacted police who did a wellness check on Wednesday and did not report anything out of the ordinary.

Police were called again on October 17 when Lewis’ mother called her son, who was at home, from her job. She told cops she was making sure he woke up for school; when she got home, she found her son dead of a gunshot wound to the chest.

Lewis’ parents are separated, with Jordan Lewis living with his mother in Carterville, Illinois, and his father living in St. Louis. Brad Lewis works for the Department of Corrections.

3. The Local Sheriff’s Department Is Looking Into Lewis’ Allegations of Bullying

Williamson County Sheriff’s Office Captain Brian Thomas told reporters that his office had received no complaints about bullying regarding Jordan Lewis. However, as of October 17, Lewis’ relatives had made several complaints that Thomas says his office is now investigating.

Carterville Schools Superintendent Robert Prusator told CNN that there had been no reports of bullying against Lewis. He told the network:

Our priority right now is counseling for our students and staff. The kids are trying to get through his passing. 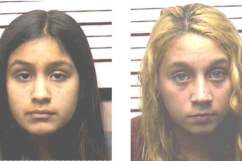 4. In an Emotional Video, Brad Lewis Urges: ‘This Bullying Had to Stop’

Brad Lewis has so far not given interviews on the issue of his son’s suicide, but in a viral video he has urged people to come forward with more information on this tragedy. He says:

I want to find out who those kids were who bullied my son and forced him into taking his life. The only way for it to stop is to let people know what is going on so that the school can get more involved and that no other lives can be taken.

Brad Lewis is also furious with the school for ending a presentation on bullying with a child committing suicide: “Just go home and take your life.”

5. His Death Has Resulted in an Outpouring of Anti-Bullying Sentiment

The world just lost a great kid today R.I.P.Jordan Lewis. You are in my prayers bud and you are in a much better place now. #theworldiscruel

Jordan Lewis was one of the nicest kids I have ever met. He didnt deserve that. R.I.P bud. You wont be hurt like that in Heaven.

A depressing day at Carterville High.. Rest in peace Jordan Lewis. Just wish you knew so many kids loved you.

I break down every time I see a picture of Jordan Lewis. 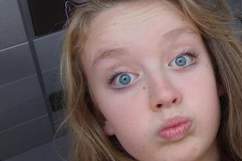 Read More
5 Fast Facts, Breaking News, Bullying, Suicide
wpDiscuz
0
0
Would love your thoughts, please comment.x
()
x
| Reply
Jordan Lewis, just hours after taking part in a school seminar on the prevention of bullying that featured a fictional student committing suicide , took his own life by shooting himself in the chest.