Dmitriy Kanarikov, 35, has been named as the man who dropped his son from a Manhattan high-rise on December 22. Soon after Kanarikov, originally from Ukraine but a resident of Brooklyn, also leaped to his death from the apartment on the Upper West Side of Manhattan, reports The New York Post.

1. There Appears to Have Been an Ongoing Custody Battle

Kanarikov had been due to surrender custody of Kirill, 3, to the boy’s mother, Svetlana, at the 17th Precinct police station in Manhattan on the afternoon of December 22. According to The Daily News, the custody battle was so fierce, the couple had to meet in the presence of police officers. Kanarikov had only picked up his son at 10 a.m. on December 22.

2. Paramedics Tried to Save His Young Son

At 12:50 p.m., surveillance footage from the building reportedly showed Kanarikov leap to his death at the 52-story South Park Tower building at 124 W. 60th St (below), just minutes after throwing adorable 3-year-old son, who was dressed in Christmas pajamas, to his death.

Both landed on separate buildings, Kanarikov landed on the roof of John Jay College and his son landed on a six-floor building beside it. Kanarikov was pronounced dead at the scene, his son was rushed to St. Luke’s-Roosevelt Hospital where he died, reports The Daily News.

CBS New York reports that Kirill showed definite signs of life after the fall, according to witnesses at the scene.

Svetlana and Dmitriy had been married for four years before splitting up in August 2013. According to The New York Post, Svetlana told cops on December 22 that her husband could be abusive and that she placed a restraining order on Kanarikov but that it was lifted in September.

4. It’s Not Known Why Kanarikov Chose The Building

Dmitriy, originally from Ukraine lived in Mill Basin, Brooklyn in a home he bought in January 2013 where he lived alone with witnesses reportedly seeing his wife and child visiting. It’s believed the only connection to the Upper West Side apartment building where this tragedy occurred was that a friend once lived there. It’s reported by The Daily News that Kanarikov leaped from the roof of the building with one witness saying he saw him fall past the 29th floor.

One resident of the building told The New York Times that the building’s roof is “not dangerous” but “open.”

5. He Worked in Finance

He worked financial services company TIAA-CREF. Svetlana Kanarikov was a mathematician and a violinist, reports The New York Times. Neighbors in Mill Basin said that Kanarikov wore high-end clothing and could be seen around the neighborhood driving his silver Lexus. 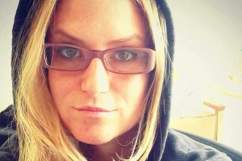