Landon Donovan (L) of the U.S. national team, will square off against Portugal’s Cristiano Ronaldo.

After the draw for the 2014 World Cup in Brazil, the United States finds itself in the incredibly competitive Group G. In front of the entire world this June, the U.S. will play Germany, Portugal, and Ghana.

You can see the rest of the groups below:

Here is what you need to know about this group, as well as the United States’ chances to win the gold cup.

1. Germany is a Favorite in the Group

2. Portugal Has the World’s Best Player

The 28-year-old all star from Real Madrid has been a necessary addition to to Portugal’s national team since 2003.

3. Ghana’s Best Player is Off His Game

After a short loan to Real Madrid, Michael Essien has been slipping in his carrier with Chelsea FC. During training for the 2011-2012 season, Essien’s leg was injured and required surgery. Some say that he never returned from his pre-surgery skill.

One Germany’s greatest living soccer players is, conveniently for the United States, the U.S. national coach. Jürgen Klinsmann managed the German team between 2004 and 2006 and played on the team for decades before that.

Some say this might give the United States a much needed edge against the competitive German team.

The United States will play Ghana for its first match of the World Cup. The match will happen on June 16, 2014 at 7:00 p.m. local time in Natal, Brazil. 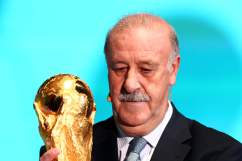 World Cup Draw: The Photos You Need to See