Ivan Okhlobystin, 47, may be one of the biggest TV stars in Russia but he’s now he reported to have come out and said that he would “burn all homosexuals in ovens,” according to Russian news agency RIA.

It’s not the first time he’s come out with crazyness like this, previously he spoke about wanting to build a wall around Russia and using the proceeds from one of his books to help the Assad regime in Syria.

Here’s what you need to know about him and his disgusting comments:

His comments were reported as followed:

I’d burn them all alive in ovens. It’s Sodom and Gomorrah, as a religious person I can’t be indifferent to it. It’s a living threat to my children. It’s queer fascism! If a person can’t choose someone similar from the opposite sex for reproduction, it’s a clear sign of a psychic anomaly, it means they need to be deprived of the vote.

2. He Stars in the Russian Version of ‘Scrubs’

Okhlobystin is the star of the Russian version of the ABC hit show Scrubs known as Interny in the country. He’s also the creative director at Russia’s largest cellphone company, Euroset.

After gaining fame on TV in the 1990s, Okhlobystin became born-again in the Russian Orthodox Church and withdrew to a monastery. He later became a priest in the faith. After the lure of the bright-lights of show business became to much he attempted to relaunch his career but was defrocked by the church’s overlords.

It’s not the first time he’s come out with outrageous remarks, in December 2012 he spoke about his nationalism, calling himself a “national-patriot” and that if he ran for president:

Russian people will vote for me, and the Russian Church will anoint me.

Going further to say that he would build a wall around Russia and that he would begin a process of “cleansing” in order to rebuild the country. He never ran for president, but remained one of Russia’s biggest TV stars.

5. The Winter Olympics Are Right Around the Corner

His comments shed further light on the rising homophobia in Russia. In 2013 the country passed a series of laws that prevented the promotion of homosexuality. Many human rights activists felt that the laws were violently homophobic. All of this controversy comes less than two months before Russia hosts the 2014 Winter Olympics in Sochi. 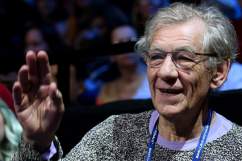