Kate Barry, the daughter of the legendary James Bond them composer, John Barry, has been found dead at the age of 46, reports The Daily Telegraph.

1. All Signs Point to Suicide

Kate Barry pictured as a child with her mother Jane Birkin. (Getty)

The British photographer was found dead after an apparent fall from her fourth floor apartment in Paris’ wealthy 16th arrondissement. She was alone in her home and there were no signs of a break-in.

2. Her Battles With Substance Abuse Were Public Knowledge 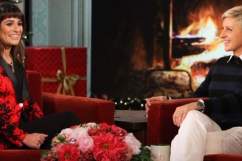 3. She Grew Up in the Public Eye

British composer John Barry is most known for his work on Bond movies like Goldfinger but he also created the scores for Midnight Cowboy and Out of Africa. He died in 2011 at the age of 77. (Getty)

She was the daughter of composer John Barry and Jane Birkin. Her mother rose to fame in the 1960s after her affair with French singer Serge Gainsbourg. Barry was raised by Birkin and Gainsbourg.

4. She is Survived by Famous Siblings

Her half-siblings were actress Charlotte Gainsbough and model and singer Lou Doillon, the latter being the child of her mother and movie director Jacques Doillon. She has one son, Roman, born in 1987.

5. She Was a Renowned Photographer

As photographer Kate Barry found much success across the world, her work was featured in every major newspaper in the UK as well as magazines such as Elle, Vogue and Parisian culture bible Match.

Loading more stories
wpDiscuz
0
0
Would love your thoughts, please comment.x
()
x
| Reply
The daughter of James Bond composer John Barry has died at the age of 46. She was also the daughter of Jane Birkin, famed for her affair with Serge Gainsbourg.