This image depicts an atomic wedgie, defined as a wedgie such that the underwear is pulled over the victim’s head. This act, typically associated with grade school bullying, is what reportedly caused Denver St. Clair to asphyxiate.

In the US state of Oklahoma, Brad Lee Davis has reportedly killed his stepfather, Denver St. Clair, using an atomic wedgie. Here are 5 Fast Facts that explain these individuals and their case.

WCPO reports that Denver St. Clair had spoken ill of his mother.

Fox2Now says Denver was found dead after the altercation, suffocated by his own underwear.

2. Brad Lee Davis Was Reportedly a Member of the Military


According to Time.com, Brad Lee Davis was a former Marine.

3. The Incident Was Reportedly Caused by a Fight Between The Two

While the reports differ, it is common among them that the death appears to be a homicide.

Fox2Now reports that the death was caused by “suffocated by his own underwear.”


WCPO said, “Davis was booked into the Pottawatomie County Jail where a judge ordered him held without bond for first-degree murder.” This screenshot from KOCO reveals Brad Lee Davis being escorted to the jail.

5. This Appears To Be The First Death of Its Kind


A serach of Google News does not reveal even a single prior new story containing both the words wedgie and death.

Time.com said, “There’s no way to confirm it, but a McLoud, Okla., man may be the first person ever to be charged with killing someone by “atomic wedgie.” 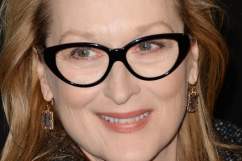 Loading more stories
wpDiscuz
0
0
Would love your thoughts, please comment.x
()
x
| Reply
An atomic wedgie occurs when the undergarments are pulled so far up from behind the victim, they go over the victim's head.