Darion Marcus Aguilar, 19, of College Park, Maryland, has been named as the deceased shooter in yesterday’s deadly rampage at a Maryland shopping mall. You can watch the police press conference above. You can watch the police press conference announcing his identity above. It’s alleged by investigators that at around 10:15 a.m., Aguilar showed up at the Mall in Colombia, Maryland, about 25 miles northeast of D.C., intent on a bloody rampage.

Here’s what we know about him so far. Stay tuned for updates.

1. He Fired 6-8 Shots with a Shotgun Inside Zumiez

On Saturday morning, Aguilar allegedly entered Zumiez on the upper floor of the Columbia mall and open fired. According to police, 6 to 8 shots were fired in the store. The bullets killed three people, including the suspect, and injured at least 5 others. Detectives believe that Aguilar sat in the mall for an hour, downstairs, before moving up stairs to begin his attack, reports The Washington Post.

CNN reports that Aguilar took a taxi cab to the mall about an hour before the shooting occurred. Police added that his movements at the mall after arriving were very limited.

The Baltimore Sun reports on the their interview with witness Shafon Robinson who told the them:

He looked straight at me. He pointed the gun at me and looked at my eyes,” she said.
Robinson’s husband, Terrance Lilly, screamed at her to get down, which she did as a shot went over her head. It struck a wall behind her, spraying her clothes with dust, she said. Another shot hit the cover of a nearby fire extinguisher, Robinson said. 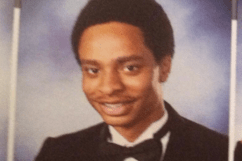 2. He Killed Two Employees and Himself

Two Zumiez employees, young mother, 21-year-old Brianna Benlolo and 25-year-old Tyler Johnson were found shot dead by the 12 gauge shotgun wielded by the gunman. The final of the 6 to 8 shots fired within the store was Aguilar allegedly turning the gun on himself. The three gunshot victims were dead when police arrived on the scene. 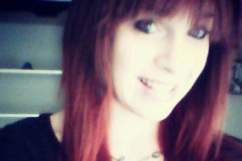 3. The Gun Was Legally Purchased

The AP reports that Aguilar bought the Mossberg 12-gauge shotgun legally from a store in Montgomery County last month.

4. He Brought Explosives to the Mall

Police report that ID’ing the shooter took a long amount of time because authorities discovered crudely fashion explosive devices inside the Aguilar’s bag. The police neutralized the devices and reported that they were made from fireworks and other household items, reports CBS Baltimore.

The bag was also filled with ammunition.

5. Police are Still Searching for a Motive

Police are still searching to find a motive in the shooting spree at the mall. When interviewing acquaintances of the victims, none of them said Aguilar’s name was familiar causing the police to question any previous associations between the shooter and victim. His home, in the 4700 block of Hollywood Road in College Park, Maryland (below), has been searched be police. After recovering his journal, police say that Aguilar expressed a “general unhappiness,” but nothing that seems to suggest the impending shooting.

According to CBS Baltimore, Aguilar and his mother rent the home in a neighborhood that features many college students who attend the nearby University of Maryland. It has been confirmed that Aguilar was not a student there.

The Washington Post reports that Aguilar graduated from James Hubert Black high school in 2013. The Post goes on to report that Aguilar was an employee at a Dunkin Donuts store and had been due to open the shop at the time of the shooting.

A Darion Aguilar from Silver Spring, Maryland (where James Hubert Black high school is) had an online account with the outdoors/hiking site, All Trails. In 2009, at the age of 14, Aguilar ran the Marine Corps Marathon where he placed 4764 of 5480, but in the top 33% of his age-group.

Loading more stories
wpDiscuz
0
0
Would love your thoughts, please comment.x
()
x
| Reply
Here is what we know so far about the deceased suspect in the fatal shooting.