Fox has a new trick up its sleeve for the Super Bowl XLVIII telecast on February 2 — infrared cameras, among other nifty gadgets to enhance the viewing experience.

According to NJ.com, these cameras will show how players’ body temperatures change throughout the game, which will be played at MetLife Stadium in East Rutherford, New Jersey.

I don’t know what story that tells, but it might make for some pretty cool pictures.

Here’s an example of this technology at work:

3. There Will Be Additional High-Tech Devices

NJ.com reports that Fox will use an additional device to show the effect the wind has on kickers and/or quarterbacks. Furthermore, Shanks says the network will also use more cutting-edge 4K cameras than ever before to zoom in on what he called “the definitive angle,” according to the Associated Press.

This year’s Super Bowl between the AFC’s Denver Broncos and NFC’s Seattle Seahawks is the first outdoor, cold-weather Super Bowl. It’s being lauded as the “coldest and boldest Super Bowl ever.”

AccuWeather is forecasting the conditions to be cold and windy, but clear, on Super Bowl Sunday. As of January 23, the projected temperature in East Rutherford will be 30-36 degrees with 16 mph gusts.

5. Fox is Building a Three-Story Studio in Times Square

Fox Sports is building a three-story studio in Times Square to host its game-week coverage, despite the fact that Super Bowl XLVIII is taking place in New Jersey.

We’re not hiding the fact that it’s in New Jersey,” Shanks added. “We make sure that New Jersey is equally and fairly represented.”

According to Fox NY, the Super Bowl host committee will close Broadway in Manhattan with 12 blocks of hospitality starting the Wednesday prior to the game. 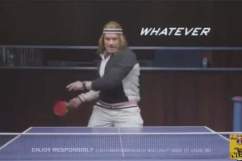 Loading more stories
wpDiscuz
0
0
Would love your thoughts, please comment.x
()
x
| Reply
Fox will try out some new high-tech toys, including infrared cameras, during the broadcast of Super Bowl XLVIII. But do fans really need to know the players' body temperature?