The US Senate has confirmed that Janet Yellen is the new chair of the Federal Reserve, replacing Ben Bernanke. Here’s 5 Fast Facts You Need to Know about her and her story.

1. Janet Will Be the First Woman to Run the Fed in Its 100-Year History

Past chairs of the fed in chronological order: Alan Greenspan, Ben Bernanke, and the soon-to-be chair, Janet Yellen.

Ushering in an important new era for the federal institution, Janet will break a series of 14 consecutive men to be the first women chair of the fed.


She began her career as an assistant professor at Harvard, and worked early on with the Federal Reserve Board of Governors. Presently, she is a Professor Emeritus at the University of California Berkeley.

From 1997 to 1999, she served as a chair of President Bill Clinton’s Economic Advisers.

From 2004 to 2010, she was the President and CEO of the Federal Reserve of San Francisco.

3. She Was Nominated by Barack Obama For ‘Calling It Like She Sees It’

On October 9, 2013, Barack Obama nominated her as the first woman chair of the Federal Reserve, saying, “She had sounded the alarm bell early about the housing market bubble and excesses in the financial markets before the recession. She calls it like she sees it.”

4. Yellen Is Considered a ‘Dove’ by Wall Street

A dove is an economic policy advisor who promotes monetary policies that involve the maintenance of low interest rates, believing that inflation and its negative effects will have a minimal impact on society. This term is derived from the docile and placid nature of the bird of the same name, and is the opposite of the term “hawk”.


Janet is married to George Akerlof, who won a Nobel Peace Prize for his work relating to differing information present in marketplaces.

He and Janet would go on to co-author a paper relating to efficient wages. 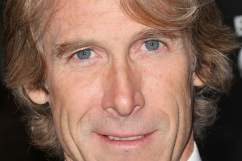 Loading more stories
wpDiscuz
0
0
Would love your thoughts, please comment.x
()
x
| Reply
Janet follows Ben Bernanke to be the chair of the Head of Governors of the Fed.