A tragic incident in a Manhattan high-rise apartment on January 9 resulted in the death of 4-year-old Myls Dobson. NYPD cops have arrested his babysitter, a transgender performer named Janaie Jones, 37, who goes by the stage name Kryzie King, for causing his death, reports The Daily News.

Here’s what you need to know about Jones and this tragic incident:

1. She Claimed to Police That Dobson Fell Off a Bathroom Counter

Jones called 911 just before 11 a.m. on January 9 saying that child who was under her care, Myls Dobson, had fallen off the bathroom counter into a bathtub while she was in another room. The boy was rushed to St Luke’s hospital where he was pronounced dead. An autopsy is pending.

2. Cops Determined a Pattern of Abuse

Cops discovered that Dobson had defensive wounds and cigarette burns. Investigating officers now believe that Jones may have been abusing the boy since December, with a belt being her weapon of choice. According to sources she has admitted to hitting the child because he was acting up.

DNA Info reports that boy is not believed to have eaten since December 26 and was begging for food when the beatings occurred. The website also states that Jones locked the 4-year-old out on the balcony in just his underwear in sub-zero temperatures.

3. She is Dobson’s Dad’s Girlfriend

Jones is Dobson’s dad’s girlfriend. Myls Dobson’s mother lost custody of her son in 2012. A court awarded legal guardianship to his father, Okee Wade, before dad was sent to prison in New Jersey for bank fraud. From prison, daddy Dobson made the call to ask Jones to look after his son. The 4-year-old Dobson had been living in Jones’ apartment at the Ritz Plaza on 48th and 8th Avenue (where her rent was $3,200) since December 2013.

Jones was charged at a Midtown Manhattan police station with first-degree assault and reckless endangerment, reports CBS New York, though the charges may be upgraded pending an autopsy. According to police sources who were speaking to The Daily News, she had tried to “control” Dobson by beating him with a belt. In one instance she’s reported to have slammed his head against a wall so hard that he lost a tooth. The boy’s uncle told reporters that his nephew had cigarette burns all over his body when his mother, Ashlee Dobson, went to ID his body at the morgue.

5. She Has No History of Violent Crime

According to NBC New York, Jones, who has a second stage-name of Monroe, does not have a violent criminal past. The station reports that she is 5-foot-10 with a Mickey Mouse tattoo on her body. 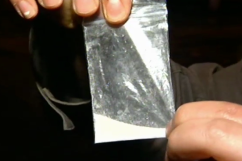 Read More
5 Fast Facts, Breaking News, Crime, Murder, New York, Sicko
Janaie Jones is the transgender performer who is accused of torturing and murdering 4-year-old Myls Dobson while she was babysitting him.