Craig Michael Wood, 45, has been charged with first-degree murder, just hours after cops questioned him over the disappearance of 10-year-old Hailey Owens in Springfield, Missouri, reports KMOV.

1. He Worked at a Middle School

Wood is an employee of the Springfield Public Schools system. According the school’s superintendent, Norm Ridder, “He works as a paraprofessional and athletic coach at Pleasant View K-8 School. His employment has been suspended until this matter has been resolved.” Ridder went on to say that Wood has worked at the school since August 1998. Owens was not a student at Pleasant View, but attended Westport Elementary.

The Associated Press reports that Wood served as the school’s football and basketball coach, he also supervised detentions. Up until 2006, he was a part time employee of the school.

One woman, Dawn House, told Ozarks First that Wood coached two of her sons, “They were in seventh grade football. They just had Coach Wood. Good coach, tough coach. I know they had a good experience, so this comes as a shock.”

2. Cops Found a Dead Body in his House

Cops and FBI agents searched his home on East Standford Street in Springfield on the night of February 18, hours after Owens’ disappearance. Cops recovered a body in the house and are “confident” it is that of the 10-year-old. According to USA Today, the body was found with a gunshot wound in the skull in the home’s basement, wrapped in plastic bags and smelling of bleach.

When Wood returned home that evening, he was met by officers and arrested. He was booked into Greene County jail at 11:30 p.m, according to a press release.

3. The Little Girl Was Found in Plastic Bags in Her House

According to reports, Wood has not co-operated with officers and no motive has been established.

4. Hailey Owens Was Last Seen Being Pulled Into a 2008 Ford Ranger

Witnesses who last saw Hailey Owens said they saw her approach a gold-colored 2008 Ford Ranger at 5 p.m. on February 18 on West Lombard Street in Springfield (above). She was pulled into the car as it sped off. Witnesses tried to give chase but lost the vehicle. A witness was able to get the license plate. According to Craig Wood’s father, Jim, the truck belongs to him and, Craig, his eldest son, would use it, reports News Leader. Jim Wood added, “He’s my son, and he’s in a lot of trouble.”

5. He Has Previous Drug Conviction

Wood is reported to have drugs convictions in the past but no violent crimes, reports The Springfield News Leader.

According to the AP, Wood was convicted of drug possession in 1990 and paid a $100 fine. He also has a conviction for “taking wildlife.” 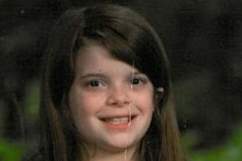 Loading more stories
wpDiscuz
2
0
Would love your thoughts, please comment.x
()
x
| Reply
Craig Michael Wood has been charged with first degree murder, just after he was questioned about the disappearance of Hailey Owens.