Olivia Greenlee, 21, is the Union University music major who was found dead of a gunshot wound in her 2001 green Toyota outside her school in Jackson, Tennessee, at 7:50 a.m. on February 12, reports The Jackson Sun.

1. The Gun Was Found Inside Her Car

A gun was found inside the car with Greenlee. She was discovered in her Toyota Corolla by campus security behind the Luther Hall building on the campus. WBBJ says, “Investigators routinely conduct a death investigation as if it was a homicide until they prove otherwise.”

Greenlee was engaged to fello Union student Charlie Pittman, they were due to be married on August 9 2014. Pittman is a biblical studies major at Union.

3. Greenlee Was a Tennessee Native

Please pray for Union University, Zeta, and the music department as we enter into a time of grief for the loss of an amazing woman.

She’s originally from Dyersburg, Tennessee, less than 50 miles from Union University in Jackson, Tennessee. Her Facebook page indicates she worked at Longhorn Steakhouse. The Jackson Sun reports that she commuted to school where she was a music major and sang in the Department of Music choir as a soprano.

(1/2)"We are sad to learn of the death of our student, Olivia Greenlee, a senior music major from Dyersburg."

(2/2) "Please join us in praying for the family and friends of Olivia, and for the entire Union community in this hour of need." Dr. Dockery

She was an honor student at Dyersburg High School. In 2010, she received $84,000 over four years from Union University and the Tennessee State Lottery as part of a scholarship program. 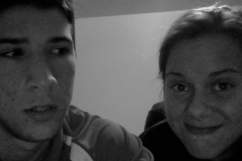 4. She Was Very Religious

According to her Facebook page, Greenlee’s favorite book is The Bible, she’s also a fan of religious ministries and the infamous evangelical Christian group “Invisible Children.” According to a 2009 blog post:

God is so amazing and I thank Him everyday for how much He has blessed me with my family and friends and wonderful youth group:)

Timothy 4:12 says “don’t let anyone look down on you because you are young, but set an example for the believers in speech, in life, in love, in faith, and in purity.” I love that verse and I encourage everyone, myself included, to live life to its fullest. have a good day everyone! :) :)

She also states that during the summer of 2009 she went on a mission with her youth group to Belize.

5. Union University is One of the Top Christian Colleges in the U.S.

Union University’s main campus was ravaged by a 2008 tornado. (Getty)

Union University in Jackson, Tennessee is an evangelical christian college associated with the Tennessee Baptist Convention and Southern Baptist Convention. It’s notable as one of the top “Regional Universities” in the U.S. It has 4,259 enrolled students. Paul William “Bear” Bryant began his coaching career at the school. The campus was closed on the day of Greenlee’s death due to inclement weather.